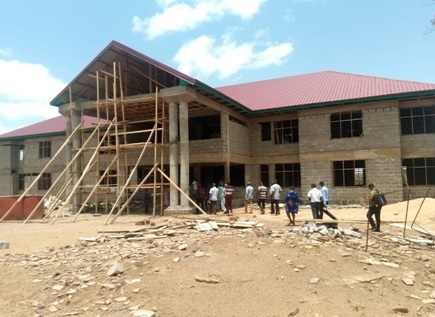 The Parliamentary Select Committee on Local Government and Rural Development has expressed worry about the continuous award of contracts by the government for the implementation of capital projects at the local level.

The Committee said the practice did not empower the technocrats at the local level to monitor the progress of work, leading to poor execution of projects.

Besides, such projects did not mostly address the critical needs of the beneficiaries and defeat the practice of decentralization.

The committee called for a paradigm shift to a more all stakeholder involving approach where contracts were awarded with technical inputs of critical partners, including the technocrats at various Metropolitan, Municipal and Districts Assemblies and the beneficiary people.

The Committee made the observation when a four-member team visited and inspected projects funded by the District Assemblies Common Fund (DACF) in five selected districts of the Upper East Region, Garu, Tempane, Bongo, Bolgatanga East and Kassena-Nankana West districts.

Mr Sulemana Adamu Sanid, the Vice Chairman of the Committee, who led the delegation, observed that details of projects awarded straight from the central government in Accra were not disclosed to the technocrats and other stakeholders at the district level and that led to a slow pace of work on some of the projects.

Mr Sanid, who is a Member of Parliament for Ahafo Ano North Constituency in the Ashanti Region, noted that the situation had often made it difficult for the various Assemblies to monitor, inspect and make inputs to ensure the quality of work and value for money.

“Even if it is not financial, the technical details of each project must be shared with the beneficiary districts so that it will aid in supervision and inputs that will come from the Assemblies’ technical personnel.

“This will ensure that if there are issues with it, they will be the first layer of complaint mechanism so that the control measure will be there and draw the attention of the awarding agency about the challenges of the projects and have them addressed,” he added.

He recommended that a component of every contract awarded by the central government be lodged at the district assemblies to ensure quality work and give true meaning to the decentralization process.

The MP further noted that the government needed to work on increasing the allocation of DACF for deprived districts to ensure that there were adequate resources to enable them to implement projects that would accelerate development and improve the lives of the people in those areas.

Mr Ahmed Ibrahim, the first Deputy Whip of the Minority Caucus in Parliament and a member of the Committee, said part of the oversight responsibility of the Committee was to inspect execution of projects funded by the DACF.

The Committee inspected the construction of Assembly’s Office Complexes at Bolgatanga East, Tempane and Kassena-Nankana West districts which were at various stages of completion.

At the Bongo and Garu Districts, where the Committee was supposed to inspect the construction of courts complexes and residential accommodation, they were informed that the various Assemblies used their District Development Facility to refurbish the courts and had not received monies for the construction of new courts.