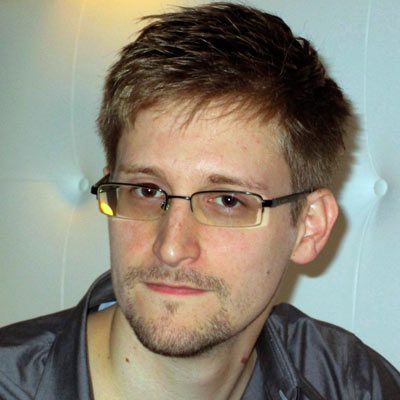 The report, by some members of the House Permanent Select Committee on Intelligence, alleges that Snowden’s actions to expose the NSA’s anti-terror program inflicted great harm to the national security of the United States.

Also, it says, Snowden actually violated — not safeguarded — the rights of Americans.

“Edward Snowden is no hero — he’s a traitor who willfully betrayed his colleagues and his country,” Intelligence Committee Chairman Devin Nunes said in a statement Thursday. “He put our service members and the American people at risk after perceived slights by his superiors. In light of his long list of exaggerations and outright fabrications detailed in this report, no one should take him at his word.

“I look forward to his eventual return to the United States, where he will face justice for his damaging crimes.”

The 36-page report is based on a two-year investigation into the matter that examined Snowden’s background, motivations, and how he managed to steal such an enormous amount of data — 1.5 million pages of classified document — which he then leaked to the news media in 2013. The disclosure exposed the classified NSA surveillance program.

As a Department of Defense contractor, Snowden had largely unsupervised access to the classified materials.

The report’s assessment of Snowden differs substantially from his public image, which portrays him as a patriotic crusader concerned with privacy rights.

“He was a disgruntled employee who had frequent conflicts with his managers and was reprimanded just two weeks before he began illegally downloading classified documents,” the committee said. “Although he claims to have been motivated by privacy concerns, the report finds that … his actions infringed on the privacy of thousands of government employees and contractors. Additionally, the vast majority of the documents he stole had no connection to privacy or civil liberties.”

In fact, Thursday’s report arrived one day before the release of a new motion picture by acclaimed director Oliver Stone, in which a government-fighting Snowden is the protagonist.

Snowden fled the United States after leaking the classified material to news media and ended up with political asylum in Russia. He faces numerous criminal charges if he returns to the United States.

“Snowden has long portrayed himself as a truth-seeking whistleblower whose actions were designed solely to defend privacy, and whose disclosures did no harm to the country’s security,” panel member Adam Schiff said. “The Committee’s Review … shows his claims to be self-serving and false.”

“Edward Snowden made a decision that did more damage to U.S. national security than any other individual in our nation’s history,” NSA and cybersecurity official Lynn Westmoreland added. “The resolve of those of us who fully understand the nature of the man and the damage he caused will not falter in our quest to bring him to justice.”

The actual report, which was fully adopted by all members of the House Intelligence Committee on Thursday, is classified but the panel issued a four-page synopsis of the investigation’s conclusion.

In addition to the report, each of the committee’s members also sent a letter to President Barack Obama asking that he refrain from giving Snowden a pardon — a prospect advocated by millions of people and certain news outlets.

In an interview this week, Snowden said he is seeking a pardon from Obama.

“We urge you not to pardon Edward Snowden, who perpetrated the largest and most damaging public disclosure of classified information in our nation,s history,” the letter states. “The U.S. government must hold him accountable for his actions.