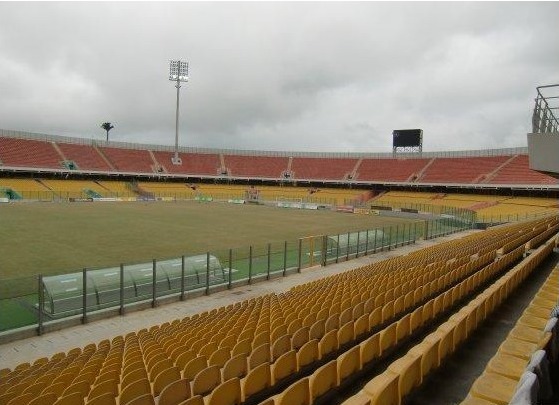 Mr. Kobena Mensah Woyome, a ranking member on Youth, Sports and Culture committee in parliament, has slammed government on the 2018 budget for sports development describing it as “empty budget to consider”.

The Member of Parliament for South Tongu constituency made this known when he was addressing parliament on sports development as captured in the 2018 budget.

According to the former Chairman of Parliamentary select committee on Sports, who quoted portions of the budget, there are factual inaccuracies contained in the budget.

“They should let us know how much was allocated to sports development with regard to expanding sports infrastructure and also transforming the National Sports College into a center of excellence.

“When you consider paragraph 642 in the 2017 budget ‘the National Sports Authority (NSA) under a public private partnership arrangement, there is also the process of procuring a transaction advisor to support the rehabilitation of the four national sports stadia in the country.

“In 2017 after the pre-feasibility report on the projects failed to commence, the current budget failed to give any information on the state it has gotten to for us to appreciate what is going on in that sector, so clearly there is nothing for us to even consider in this particular year’s budget, for us to move forward being a major contribution to advancing sports forward.” He added.

Meanwhile the Finance Minister Mr. Ken Ofori Atta in reading the 2018 budget noted that the yet to be created sports fund would be used to improve sports development in the country.

“In 2018, the Ministry would continue the process of passing the Legislative Instruments of the National Youth and Sports Act, pursue the enactment of the draft National Sports College Bill and create a Sports Fund to improve sports development in the country”.

Mr. Ofori-Atta added that the National Youth Authority would establish the Youth in Sports Development Program to create a platform for the youth to contribute to sports development.
GNA/Newsghana.com.gh

Import of raw materials must be tax exempted – AGI

No need to reshuffle my appointees – Akufo-Addo