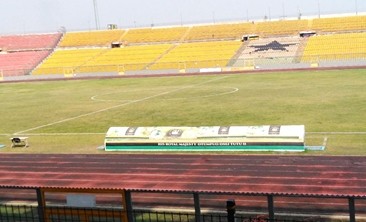 The Planning Committee for Ghana’s 63rd independence anniversary celebration, is deliberating on restricting the use of drone for media coverage of the event, scheduled for the Baba Yara Sports Stadium, Kumasi, on Friday, March 06, this year.

The Committee earlier had announced plans to ban completely the use of drone by the media in covering the event at the 42, 000-capacity Stadium due to security reasons.

Mr. Simon Osei-Mensah, Ashanti Regional Minister, said the decision, however, may be given a second thought given the crucial role the media would play in publicizing the event to the public.

“We are going to have an extensive discussion on the issue, and would be communicating our final decision to the media soon,” he told the Ghana News Agency (GNA), on the side line of a media briefing on the programme.

It is the first time Kumasi, Ghana’s oldest and second-largest city, is hosting the event, on the theme, “Consolidating our Gains”.

In line with this, the Baba Yara Sports Stadium, the nation’s biggest sports facility, is undergoing serious rehabilitation for the programme.

When the GNA visited the facility on Wednesday, preparations were underway to fix broken chairs, tidy up the inner perimeter and wash rooms, amongst others.

Nana Akrasi Sarpong, a member of the Local Organizing Committee (LOC), said they were working around the clock to put the Stadium in a good shape for the event.

Farmers urged not to dry cocoa beans on the roads