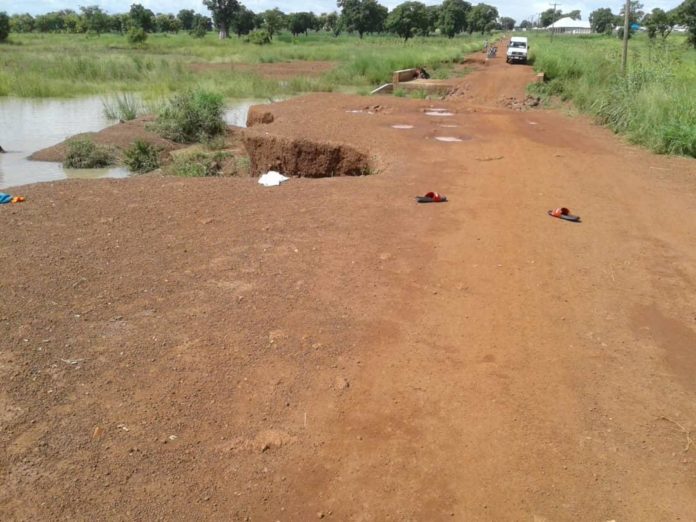 More than 13 communities in the Awuro Camp Electoral Area in the Central Region, have appealed to the government to rehabilitate the bad wooden bridges and reshape their roads.

They made the appeal when the opinion leaders and some community members led a team of newsmen to inspect portions of the bad road, the dilapidated bridges on the Obou and Obosomfo Rivers, shortly after a communal labour.

The residents cleared weeds along the roads, desilted choked gutters and filled potholes and also set aside two weeks to replace the rotten logs on the bridges.

Nene Samuel Kwasi Donkor, Odikro (Sub-chief) of Akwateykrom in the Assin South District, told the Ghana News Agency (GNA) that the bridges link the communities to the neighbouring districts and the district capital, Assin Fosu.

According to him, the feeble wooden bridges were now death traps, that heavy weight trucks could no longer evacuate cocoa, charcoal and foodstuffs to the marketing centres, while mini-buses carrying passengers and school buses with children also cross the bridges with difficulty.

The Odikro stated: “We prefer bailey bridges to wooden type” since heavy rains washed the bridges away, saying, the roads are equally bad, narrow for two vehicular lanes usage, undulating, slippery during rainy season and dusty during dry season.