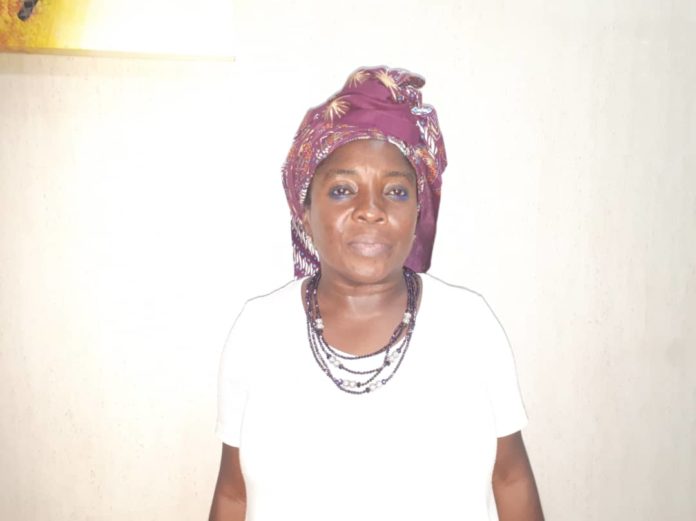 Ms Esther Darko-Mensah, the Project Manager of the Gender Studies and Human Rights Documentation Centre (Gender Centre), has stated that the strong involvement of communities were needed to sustain efforts made to eliminate Gender-Based Violence (GBV).

She called on community leaders and families to collaborate with others in removing barriers that impeded, especially on women’s socio-economic wellbeing, and placed them under the subjection of men.

These she said, were the origin of GBV, which could be perpetrated in physical, psychological and sexual abuses, while some negative customary and traditionally practices also impeded on the health and total development of women and girls.

Ms Darko-Mensah made the call at the close of the final training in Accra, for 48 Community Based Action Teams (COMBATs), from 10 communities in the Nkoranza North and Kintampo North Districts.

She said other beneficiaries of the training, which was organized by the Gender Centre, were two representatives each of a partner Non-Governmental organization and District Girl Child Officers from the Ghana Education Service, and stressed that they were all expected to go back into their communities to work towards achieving the elimination of Violence Against Women and Girls (VAWG) through enhanced education, information and support in various forms.

According to her, despite the positive impact made by the Centre with regards to reducing GBV, especially in several rural communities across its four project regions, there were still enormous challenges in terms of education and information on what constituted violence, the prohibition and punitive laws, reporting systems, and existing support available for victims.

She said, studies showed that the outbreak of the COVID-19 pandemic, with its associated job losses, lockdown in various and school closures led to increases in GBV across communities, including child marriages, female genital mutilation, rape, incest, child labour and slavery.

Ms Darko-Mensah, expressed her satisfaction with the training, and commended the participants for availing themselves for the exercise, and the Centre was hopeful that the successes would soon be recorded.

Ms Deborah Tayo Akakpo, the Programmes Manager of the Gender Centre, said the an evaluation of a pilot study of the effectiveness of the COMBAT approach, showed great testimonies of reduced GBV in the study communities.

Participants over a two-week period, received knowledge and information on areas including; the various forms of violence, legislations, effective communication and counseling skills, available support systems.

She urged the COMBATs to be mindful of their role as mediators in minor cases, and remain decent in their dealings with their own families, maintain good communication skills, consider the cultural and traditional rules of their communities to avoid offending the sensitivities of the people, and to report criminal offences like rape, defilement, murder and other violent assaults, to the police.

Maa Afia Sarpong, a beneficiary COMBAT from the Duromankese community Nkoranza North, thanked Gender Centre for the initiative, saying being a mother and a wife, the knowledge received from the training, had empowered her to understand the causes of the poverty cycle of women, and how to educate others to break loose from this bondage.

Mr Thako Issahaku, also from the Kintampo North district, said most perpetrators of GBV did not know the lasting effects of their actions against their victims, while others evaded punishment because of interventions made by traditional or religious leaders in their communities.

However, the COMBAT approach, had been proven to reduce GBV in various communities, and promised to work hard to ensure peaceful co-existence of people especially families in his community.

The COMBATs were awarded certificates of participation, some branded T-shirt and other reading materials to aid their work.