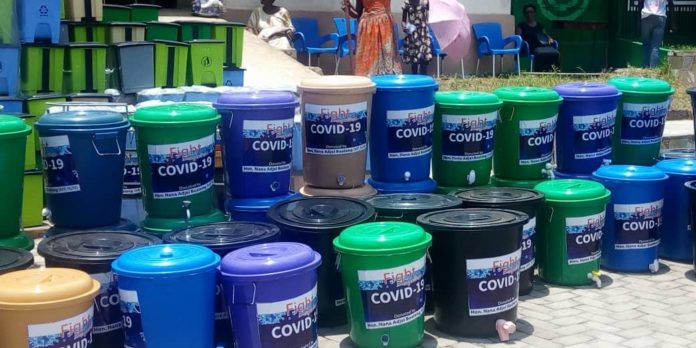 Madam Akanson said gender friendly sanitation facilities in the schools would not only help girls feel at ease in school and have confidence to participate in all activities but could help the country to achieve the SDGs.

She made the call in an interview with the Ghana News Agency in Bolgatanga in response to the status of girls’ changing rooms and toilet facilities in Junior High Schools in the Upper East Region.

She said schools in the Talensi and Kassena Nankana West Districts where UNICEF, World Vision and CRS were implementing their projects, had been provided with varied Water , sanitation and hygiene facilities (WASH), but most of the schools in the Region still did not have Changing rooms .

She said in the two Districts, about twenty of the junior high schools had changing rooms with mirrors for the girls and toilet facilities fitted with tippy taps.

She noted that other organizations such as the World vision were playing significant roles in the Region, providing water and hand washing tools in their intervention areas and schools were also benefiting.

She, however, indicated that there were more public schools that had not received similar interventions and though some had toilets facilities, they were not functional.

“You can imagine there are more than 50 schools and UNICEF is supporting only 20 of them, you can see that it is just a drop in the in ocean,” she said.

She urged the PTAs to put up some of the needed facilities in the schools and the Assembly members to help ensure that the facilities last long.

She also urged Chiefs and opinion leaders to take up the mantle to ensure that the schools had sanitation facilities and not wait for government to do everything.

On Sanitary pads, she said an intervention from the UK aid which had since phased out supported some of the schools with pads.

She said there was no particular intervention on that except for the Catholic Relief Services that was helping school girls to make their own reusable pad using local materials.

She said programmes were occasionally organized in the schools to empower the girls to be assertive and ignore teasing from boys when they noticed some of them were menstruating.

Verification and Confirmation of schools for 2022 BECE candidates begins

Committee to submit  Religious Tolerance in Schools report in January