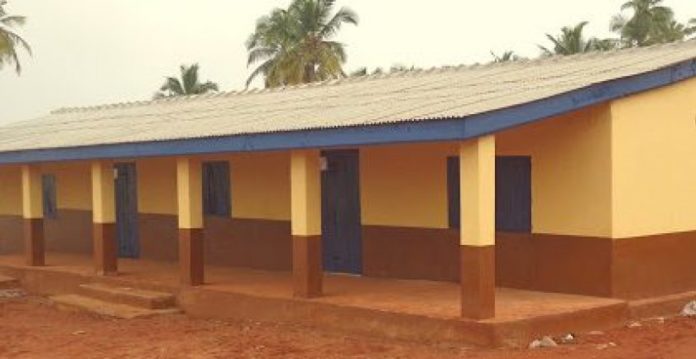 Mr Benjamin Cudjoe, the Birim Central Municipal Director of Education has called on communities to help protect the properties of public schools in their communities.

He explained that the government cannot employ security officers for schools across the country so the immediate communities around schools need to assist in ensuring the safety of school properties.

The Director made the call when the theft of electrical cables of the ICT classroom of Akim Oda – Old Town Methodist Junior High School was reported to him.

The electrical cables of the ICT classroom were stolen a day after the old boys of the school funded the wiring of the classroom.

Very Rev. Isaac Kwofie the Headteacher for Old Town Methodist Basic School said, he had a call from the Assistant Headteacher of the school that, thieves had broken into the classroom to remove the conducting wires.

He said, when he got to the school, some boys were playing football in the school park and they informed him that, they saw someone cutting the conducting wires in the classroom but ran away when they attempted to arrest him.

The thief left behind a sack full of scraps.

He appealed to the Police patrol team in Akim Oda to assist in the provision of security to the school.