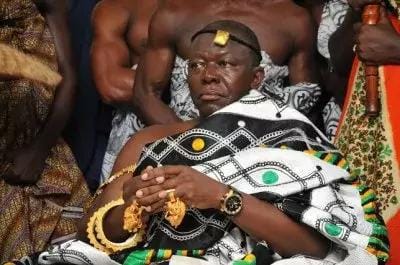 The Asantehene, His Royal Majesty Otumfuo Osei Tutu II, has charged the Nana Addo government to complete the 35 year old abandoned paediatric facility project at the Komfo Anokye Teaching Hospital, as early as possible to enable the hospital to save the lives of infants. 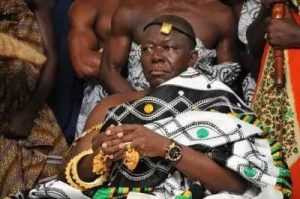 He said, the project which was began by the then government of Gen. Kutu Acheampong and was reactivated by former president Kuffuor’s administration and carried it to the current stage, has been abandoned after he left office as president.

He said, due to the abandonment of the project, the hospital has been overcrowded as four (4) babies are packed into a single incubator, aside babies and mothers lying on the floors of the hospital.

This was in his speech read on his behalf by Manwerehene Barfuor Ossei Hyeaman Brantuo VI at the 2017 annual health sector performance review and summit organised by the Ministry of Health, held in Kumasi at the golden tulip hotel.

According to the hospital’s official statistician, he said, at least a quarter of all deliveries in the hospital are lost through the prevailing conditions, whereas the seven storey building structure, is providing comfortable accommodation for reptiles and vermin.

He therefore expressed hope that, president Nana Addo will put the conscience of the nation at rest by bringing the project to early completion to enable the hospital save the lives of these innocent infants.

He also commended President Nana Addo for his bold commitment to complete all ongoing projects left behind by the last administration.