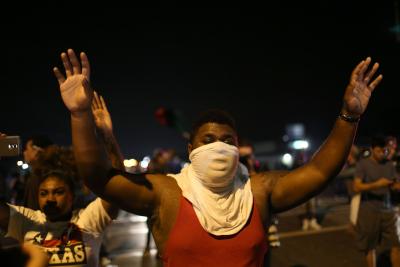 Schools and universities in Cote d’Ivoire have in recent weeks witnessed an upsurge of violence due to repeated student strikes where they had confrontations with security officers or clashes with other students opposed to their strikes.

Recent violence began when Hypolite Somene, a 17-year-old student from Abobo, a populous suburb in the capital Abidjan, was killed on March 6, 2015, after being attacked by other students who were protesting against the absence of their striking teachers.

During the same period, another student in the southwestern city of San Pedro died in clashes that also left many police officers injured.

Besides the deaths, some colleges were ransacked or razed down, and some students and teachers were injured, according to National Education Minister, Kandia Camara.

The ruling party, Rally for Republicans (RDR), has asked the government to dissolve the National Students’ Federation because of the lives that have been lost “due to its activities.”
RDR Spokesman Joel Nguessan said recent protests by students had nothing to do with education, but were political.

“The demands by the students are aimed at blocking education, disrupting order in suburbs and causing violence across the country,” Nguessan said.

According to him, the demands being made by students are purely academic and are aimed at improving the students’ living and learning conditions.

Camara has called for eradication of violence in the learning institutions.
“Such tragedies should not be allowed to recur again in schools, ” she said, urging parents and teachers to advice their children so that peace can be restored in schools.

To reduce incidents of violence in schools, in 2013 Cote d’Ivoire’s education ministry launched a subject named Human Rights and Citizenship Studies to inculcate values of “peace and respect for others.”
Besides encouraging sensitization campaigns, the government has also urged security forces to arrest anyone found disrupting public order in learning institutions. Enditem