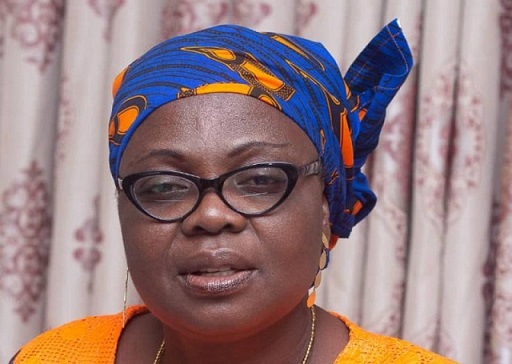 They commended the leadership of the party in the region, noting the president nominee, who is the Sunyani Municipal Chief Executive, could avail herself of the activities of the party, and greatly enhance the fortunes of the NPP in Election 2024.

“The nomination and elevation of Mad Owusu-Banahene is unsurprising because she has contributed immensely to the growth of the party from the polling station to the national level”, the group said in a statement copied to the Ghana News Agency (GNA) in Sunyani.

Signed by Eric Kwame Tabiri, the convener of the group, the statement indicated “the party in the region has witnessed internal wrangling and petty squabbles in the past due to parochial interest and corrupt nature of some key personalities, and we are optimistic the nomination and subsequent appointment of Mad Owusu-Banahene would bring lasting peace within the NPP”.

The statement congratulated the President’s nominee for her elevation and wished her the best as she ascended to a higher political office in the region.

Meanwhile, residents in the Bono regional capital have congratulated Mad Owusu-Banahene and affirmed their support to enable her perfumed to the expectation of President Akufo-Addo, and bring the development of the region to the next level.

“I was not surprised when I heard the news about the nomination of Mad Owusu-Banahene. She is a unifier, hardworking, and a mother of all. Since she was appointed as the Municipal Chief Executive, development in the Municipality could clearly be seen”, Mr John Abaye, a retired educationist told the GNA.

“I am very proud of this woman, she was my religious and moral education tutor at the Berekum College of Education and she vetted my project. In fact she is a pleasant person, easy to approach and her nomination and subsequent appointment meant good for the people of the region. Congratulations Madam”, Hamidu Karim, a teacher remarked.

Market women and traders in the Sunyani Central Business District (CBD), could also not hide their joy for the elevation of Mad Owusu-Banahene during a visit to the market.

They told the GNA in a random interview that the President’s nominee deserved the appointment noting she is a woman of substance and had quality leadership skills.

“We had a problem with the Sunyani Municipal COVID-19 Taskforce and the way and manner this woman resolved the matter shows she is politically matured and can manage the affairs of the region”, Mrs Leticia Gyan, a petty trader indicated.