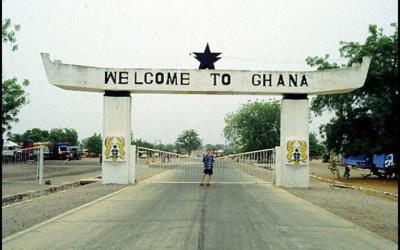 Concerned Youth in the Jomoro Municipality have petitioned President Nana Addo Dankwa Akufo-Addo to as a matter of urgency, reopen land borders in the country.

According to the youth, the prolonged closure of land borders had caused businesses to collapse, because all businesses in the border towns were rooted in these closed borders.

This was contained in a petition issued and signed by the Assembly Man for Elubo-West Electoral Area, Nana Frendo Bosso Kwasi and copied to the Ghana Immigration Service, the Jomoro Municipal Assembly, office of the Member of Parliament, Bureau of National Investigations and the media among other stakeholders.

Nana Kwasi noted that “businessmen and women in Elubo were not able to repay their loans due to drastically reduced patronage of goods and services coupled with expired goods”.

He said as a result, many of them have left the border communities in order to evade arrest in respect of loan repayment.

“The situation, has dangerous ramifications on a developing country like Ghana,” he added.

“The closure of our land borders especially that of Elubo, is detrimental to the very human health we are trying to protect. Your excellency, people troop in and out of Ghana via Elubo through unapproved routes without getting tested for COVID-19”.

“This unequivocally defeats the purpose for which the borders were closed initially”.

He pointed out that crime was on the increase in the border areas, adding, “the youth whose day-to-day economic activities depended on the border now take to crime and other social vices as alternatives to making ends meet”.

He explained that Ghanaian Cocoa Farmers whose farms were on Ivorian soil were no longer able to work on their farms, thereby causing a huge financial loss to both farmers and government with all economic activities in border communities completely grounded to a halt and life in same communities completely dead”.