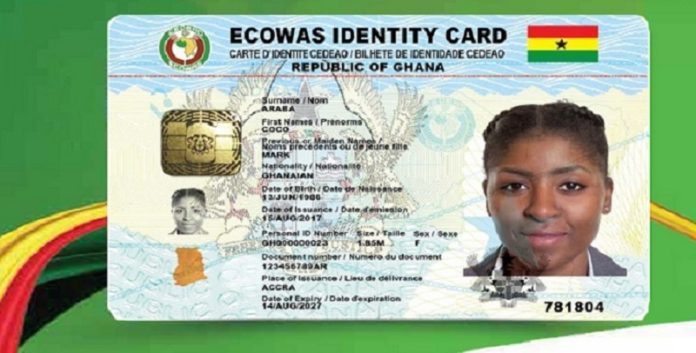 There seems to be a lot of confusion and misunderstanding in the ongoing registration for the Ghana Card in some centres in the Ashanti Region.

The registration exercise, which started early December last year, is expected to end on January eighth this year, but there seems to be a lot of challenges facing majority of residents in the exercise.

A visit to some of the centres by the Ghana News Agency, reveals large crowds and long winding queues characterized by struggles and protestations.

Some of the people were seen engaging in verbal attacks on registration officials whom they accused of disrespect and registering people outside the queues.

Some were also ‘fighting’ the officers for what they described as disrespectful acts and slow processes which were delaying their time at the centres.

What baffles some of them is the cut-off point for the number of people the officials were registering in a day.

Some of the centres have been earmarking 50, 70, 100 and 120 people to be registered in a day, leaving majority of the people, some of whom had gone to the centres as early as 2am to form the queue.

Mr. Kwadwo Aseidu, a trader at the Kumasi Central Market, told the Ghana News Agency that the one month scheduled by the NIA for the Region was not enough.

He said a lot of people had yet to register and there was the need to extend it to enable more people to be covered.

Mr Asiedu stressed the need for the NIA to create more centres in the Region to ensure a smooth exercise.

The registration officials at the centres visited refused to talk to the Ghana News Agency, when they were contacted to react to some of the issues.