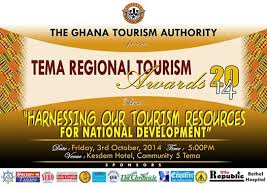 Mr Emmanuel Adjei Annan, a Member of the Council of State, has called for the adoption of a national consciousness to uphold environmental cleanliness as part of strategies to harness tourism resources to create wealth. He said Ghanaian cities were gradually turning into refuse dumping sites as people no longer cared about where they dropped refuse, or littered without the slightest inhibition, while open defecation was the order of the day.
Mr Adjei Annan, who was the guest speaker at the Tema Regional Tourism Awards ceremony, asked:?When we watch television, don?t we see the clean and beautiful beaches in other countries. Why can?t we clean our lagoons and beaches to serve as recreational grounds for the local and foreign persons who want to get close to nature??
He criticised the district assemblies for paying little attention to the environment, especially water bodies, as, he said, unscrupulous people managed to obtain permits to build in wetlands, open places earmarked for parks and gardens, and even where roads were supposed to be built.
He charged the Tema Metropolitan Assembly to restore the Chemu Lagoon and dredge the Sakumo Lagoon and also take back all acquired lands within its reserves.
Mr Annan explained: ?The Sakumo serves as a sanctuary for migratory birds, butterflies and many other life forms. It also serves as a natural flood control mechanism and again it has the potential feed all of us with fishes during the lean season. So why do we want to destroy it??
Majorie Y Hotel won the Best Two Star Hotel Award, while Agba Mami, a popular eatery, won the Best Local Restaurant award. They received their citations with their plaques. There were other winners in different categories.