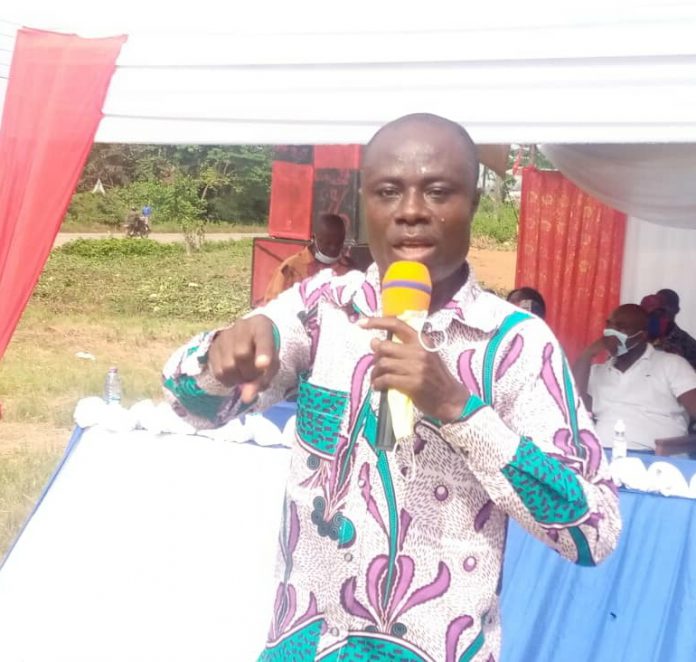 The youth in the Atwima Mponua Constituency has appealed to the President of the Republic of Ghana, Nana Addo Danqwah Akuffo-Addo, to consider the good works done by Mr. Williams Yaw Darko, the District Chief Executive (DCE) of the area, and retain him in his second term.

According to the youth, their DCE performed extremely well in his first term and they are optimistic he will do even much better for the area if he is being maintained.

Addressing a press conference at Nyinahin on behalf of the youth group in Atwima Mponua District, Mr. Kwabena Danqwah Nsonyameye, stated clearly that changing Williams Yaw Darko will cause a delay in the progress of the area considering the service he has rendered to the District since his appointment.

Citing his effective implementation of government policies including youth afforestation, NABCO, Free Senior High School, One District One Factory which has resulted in job creation in the district.

He has done nothing wrong and has served the people well since he assumed office. His replacement will bring a retrogression in our area.

The President must give him another four years and if he is not able to perform then we change him but now” Mponua youth said,” he explained.

According to the youth, the DCE has completed most of the abandoned projects under the National Democratic Congress (NDC) since he took the office.

Aside from that, he also lobbied for several CHIP compounds which have been built to help the people to get access to quality healthcare to the people of Atwima Nwabiagya South to seek health care at Anweafutu Health centre.

Through him and his workaholic MP, though Atwima Mponua was not part of 88 district hospital, now it has been included.

The youth disclosed the DCE did not get things easier in his first term of office as according to them, the DCE used his time and his own resources at Court when Ibrahim Mahama the brother of former President John Dramani Mahama took Nyinahin bauxite to the Supreme court.

The Atwima Mponua NPP Constituency Executives, including Chairman, Mr. Isaac Kofi Marfo has expressed satisfaction with the performance of the DCE in the past four years.

The majority of the Past Constituency Executives and current Executives are backing him to be reappointment.
According to the youth group, Williams Darko never undermines the work of the NPP and his Member of Parliament, Hon. Isaac Bohyeba Asiamah and they will campaign assiduously for Isaac Asiamah if the President maintains Williams Darko as the DCE.

The major problem of Atwima Mponua district is deplorable roads, now through Hon. Isaac Asiamah (MP) and Hon. Williams Darko (DCE) construction of 116 KM roads is ongoing in the district.

Under his watch as the DCE, the Assembly has also been able to provide seedlings to the majority of the farmers in the area.

The majority of Assembly members in the district also justified their call on the President to retain the DCE for his good human relations and good government achievements.

In the area of good governance, the credibility and competency of Williams Darko is very high. He has good interpersonal relationships with chiefs and elders in the district and as head of DISEC.

He has properly managed security issues in the district, including chieftaincy.

Some of the Assembly members hint that his relationship between them irrespective of Political persuasions, not to talk about his humility.

Meanwhile, some groups who campaigned against Hon. Isaac Kwame Asiamah and NPP in the 2020 Election, do not want Williams Darko to be retained. All that they are saying are not true, the DCE has performed creditably. 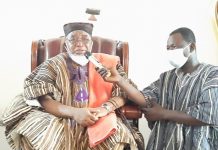