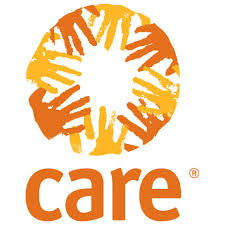 The Project Coordinator of CARE International, Mr Kwame Mensah has underscored the importance of the Far Ban Bo(Protecting Fisheries Livelihood) score-card to the development of fishers in the country.

The scorecard, gives fishermen access to various fishery services to streamline their operations and improve on their living conditions.

Mr.Mensah said this when he addressed Chief fishermen, Canoe owners, fishers, Marine Police task force, pre-mix fuel executives, traditional rulers the media and other stakeholders in the fishing industry at the end of an impact conference held in Accra.

The working together for impact conference, forms part of the Far Ban Bo project organized by a consortium namely Care International the lead, Friends of the Nation (FoN) and OXFAM with funding from the European Union(EU).
Mr Mensah said the score card dealt with the level of satisfaction on premix fuel by Fishers, how quick they got feedback on IUU related cases and access to fishing and landing sites and sanitation.

On the expected results of the Far Ban Bo project, Mr.Mensah indicated that it would ensure the empowerment of smallholder fishery association and community services organization to be involved in Fisheries governance, the effective IUU monitoring and grievance mechanism piloted and social and economic safeguards to improve livelihoods and nutritional status of smallholder Fisheries and landing sites.

The Head of Monitoring and Evaluation at the Far Ban Bo project,Mr Gerald Tetteh-Ashong who took the participants through the community score card approach, said the project would continue to empower smallholder fishing communities including; vulnerable and marginalised groups to participate in decision making and assume responsibility in sustainable fishing.

He lamented that Marine Police were not available in Fishing communities such as Prampram,Ellembelle and at the Komenda- Eguafo -Edina -Abrim District, and that the services were restricted to canoe owners, but not artisanal fishers and called for extension services to improve on the flow of information to enhance participation in service delivery.

Mr Philip Prah, Project Officer of FoN, speaking on securing Landing Tenure Rights: Support Mapping and Documentation of Fish Landing Sites, called for a national approach in dealing with sanitation at the landing beaches.
He stressed the need for by-laws by the MMDAs on restricted lands for landing beaches.

Mr.Prah proposed that part of the pre-mix fuel fund be allocated to the cleaning of the 29 landing beaches in the four coastal Regions in Ghana.