News Ghana
Home World News Emerging Markets Construction of biggest gold mine in Burkina Faso to be completed by...

The gold mine whose construction will require an investment of over 330 million U.S. dollars and which is considered to be the largest in the country, will generate about 600 direct jobs and 5,000 indirect jobs, an official of Endeavour Mining Company, Sebastien de Montessus, said Monday after holding talks with Burkina Faso President Roch Marc Christian Kabore. 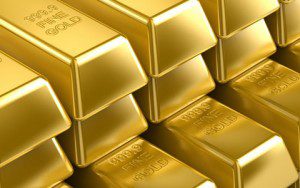 Montessus also revealed that his company will this month start mining Karma gold mine in northern Burkina Faso, after acquiring it from True Gold Mining company.

He revealed that Burkina Faso will earn between 33 to 50 million dollars in terms of revenue and taxes.

Since 2009, gold dethroned cotton as the number one export product for Burkina Faso, a country of 19 million people.

By end of March this year, Burkina Faso’s mining ministry had issued 731 licenses for exploration of minerals.