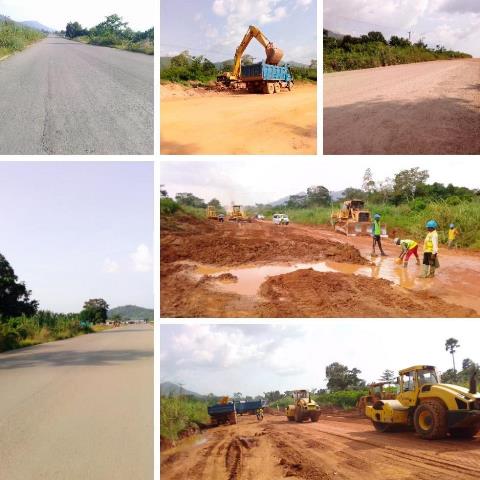 Construction works have resumed on the 30-kilometre Jasikan to Hohoe stretch of the Eastern Corridor road after work staggered for almost two years.

Mr. Paul Bortierh, Resident Engineer, Hohoe-Jasikan Road Project said work was progressing after the contractor was paid, adding that two kilometres of the primacy had already been sealed.

He said 15 kilometres out of the 30- kilometre stretch, which was not motorable had also been fixed and that the contractor would continue work once funds were made available.

Mr Bortierh said the contractor had applied for extension of contract period and if approved, works would be completed by December 15, 2020 in the absence of any unexpected event, saying, “apart from the rains, funding is not a problem”.

Mr. Tony Lansana, Project Manager, Rolider said the availability of funds would speed up work and that some sections of the road, which deteriorated when the contractor was away were being worked on now.

Mr. Paul Agbati, Volta Regional Director of the Ghana Highway Authority commended the quality of work being carried out and added that the road would be surface dressed.

Mr. Isaac Oduro, a driver on the Hohoe to Dambai/Krachi road told the Ghana News Agency (GNA) that the deplorable nature of the Jasikan to Hohoe road caused drivers to use a longer diversion through Teteman.

He said the situation had also increased their operational cost and expressed joy that work had commenced on the road.