Chinese consumer inflation sank to an 11-year low in October, according to official data released on Tuesday.

The country’s official October consumer price index (CPI) rose just 0.5 per cent on the year. That compares to the 1.7-per-cent recorded in September, according to data from the National Bureau of Statistics.

This drop was spurred by a 2.8-per-cent decrease in the price of pork, as supplies stabilized.

CPI in the last year and a half had been pushed upward by shortages in the Chinese food staple due to an outbreak of African swine fever that required a cull. However, October saw prices stabilize after government initiatives boosted domestic pork production and ramped up imports.

China’s producer price index (PPI), which measures factory gate prices, fell 2.1 per cent in October, matching the same pace as in September as the economic aftershocks of the coronavirus outbreak continue to reverberate. 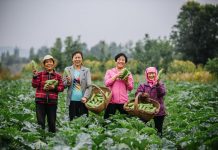 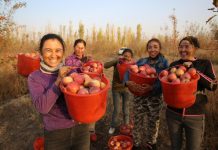