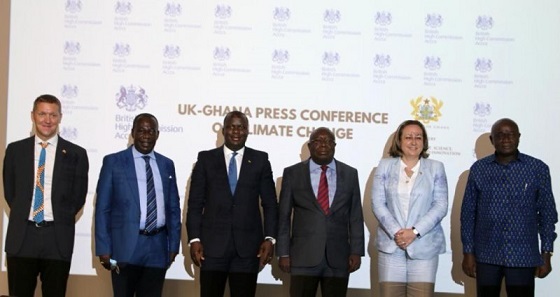 Firms sponsoring the United Nations Climate Change Conference (COP26), due to kick off in the Scottish city of Glasgow on October 31, have reportedly described the event being organized from within the UK government’s Cabinet Office as “mismanaged” and “very last minute.”

According to The Guardian newspaper, big players such as Sky, Scottish Power, SSE, Unilever, NatWest, Sainsbury’s, Glaxo Smith Klein (GSK) and Microsoft have written a letter to organizers blaming “very inexperienced” civil servants for delayed decisions, poor communication and a breakdown in relations with companies.

The media outlet also quoted an unnamed source employed by one of the sponsors as saying that the biggest frustration was the lack of information from the organizers about how the event will run with important questions going unanswered just less than two weeks from the opening day.

Sponsors, which are expected to help defray a policing bill estimated to reach up to 250 million pounds ($343 million) have been brought on with the promise of having the opportunity to promote their brands at the COP26 “green zone” that will be open to the public at the Glasgow Science Center.

Environmental campaigners have warned that COP26, which is scheduled for October 31 – November 12, could be the last chance for developed big-polluting countries to deliver meaningful and binding commitments to cut emissions and achieve the Paris Agreement’s goal of keeping global heating increase under the limit of 1.5 degrees Celsius.