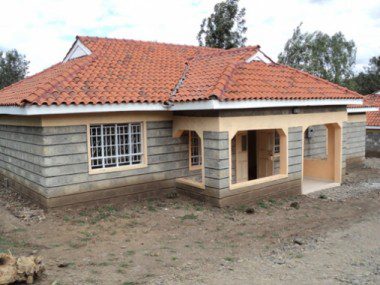 The Keta Business College old students Association popularly known as the ‘Coronats’ has inaugurated and handed over a five bedroom headmaster’s bungalow to the school at a ceremony in Keta. The occasion was used to call for more support to improve upon the infrastructure. Established in 1939, the school has not seen the needed infrastructural development over the years.

The Headmaster of the school, Mr Emile Husuke Nyonyo, who made the call when he received the keys to the facility on behalf of the school, said the school could further consolidate its position among the elite schools in Ghana if it got more support to improve upon teaching and learning.

He thanked the Association for the support and said it was very exciting to see the re-awakening among the old students.

Mr Nyonyo said the lack of other facilities such as science and visual arts laboratories, teachers’ bungalows, home economics department are a major drawback to both discipline and academic progress.

According to him, in spite of the numerous challenges faced by the school, it continues to progress academically, adding that the school has produced aggregate 7 students during the 2016 WASSCE examinations.

He encouraged the students to take advantage of the opportunity being provided them and learn hard to become useful and industrious citizens to the nation.

Dr Seth Kwame Anani, the President of the old students association, who handed over the keys of the facility to the headmaster, said the development of the school has been a major concern to them and that their gesture was to contribute toward its development process.

He said the construction of the bungalow would not be the end of their support to the school adding that the group will continue to provide the needed environment to motivate the students to discover hidden talents and maximise their development.

He said the event which also marked the end of year celebration of the association was aimed at bringing social cohesion among the various year groups and also build social capital towards the development of the school.

Dr. Anani called on all Coronats from both home and abroad to come together to contribute towards making life better for current students than in their time.

According to him, the association has segmented its activities into four thematic areas namely, the project and funding, which is aimed at lobbying for funds to undertake various development projects and marketing and communications committee for propagating the association’s agenda.

Other areas he mentioned were, organisation and membership development committee which is to bring the old student together and the welfare and education committee which is responsible to organise speech and prize giving events, motivation of staff of the school, supporting the creation of conducive academic environment, other academic works and the general welfare of members of the association.
GNA