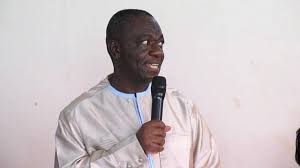 The Ashanti Regional Health Directorate has intensified its preparations towards the containment of the coronavirus, also known as Convid-19, in the event of an outbreak in the Region.

The Directorate is also taking proactive steps to prevent the outbreak of the dreaded disease as it rolls out its risk communication strategies across the districts.

Dr. Emmanuel Tinkorang, the Regional Director of Health Services, who announced this, said efforts were being made to ensure community members understood the disease, its transmission and how they could prevent it.

He was updating the media at a press briefing on the preparedness of the Directorate to tackle the disease in the face of a growing fear of a possible outbreak.

He said the Health Promotion Unit was increasing the awareness creation about the virus and that they would partner the media to share information as part of preventive strategies.

“As at now the Coronavirus is not in the country yet but we are preparing adequately to contain it in case of an outbreak,” he stated.

The Regional Director announced that all district hospitals had been directed to create holding areas to keep suspected cases, adding that, he would lead a team to inspect places designated for that purpose and also ensure compliance.

Point of entry surveillance, he noted, had been strengthened by screening people who were entering through boundaries especially those coming from high risk areas.

He said a rapid response team had been put together and they were undergoing series of training to respond to cases competently as and when they were recorded.

Dr. Tinkorang further disclosed that the Region had so far received GHȼ52,000.00 from central government in terms of funding and that they were in the process of procuring non-contact thermometers.

The Directorate is also engaging people in the communities to ensure community-based surveillance where they would alert health authorities about any suspected case for prompt action.