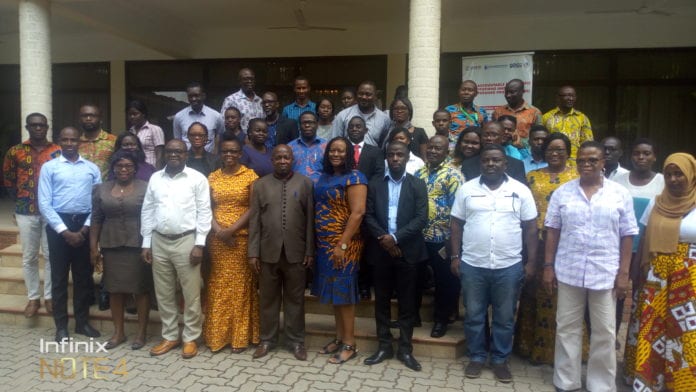 Corruption in its form is costly and its impact is pervasive. It affects economic growth, level of GDP per capita, investment activity and its efficiency especially in the health and education.

Corruption Denies access to quality services for the poor and marginalized, weakens the effective distribution of wealth and incomes, and has the potential of magnifying child mortality in society.

It also increases the cost of goods and services and in the absence of an effective social protection mechanism, it puts the poor and marginalized in society at a great disadvantage. It is probably known to have caused more non-violent harm to humanity than any human intervention, and has 70% more impact than its actual occurrence according to empirical evidence.

There his been a wide speculations that corruption is high in the health and education sectors of Ghana, but there is death of empirical evidence at the national, regional and district levels on the extent of corruption in those sectors of the country and its impact on the citizens.

Institutional strengthening and transparency are known to minimize the occurrence of corruption and its impact.

In view of that, the Country Director for SEND Ghana, George Osei Bimpeh, underscored the need to inculcate in children anti-corruption or ethics and values in order for it to becomes part of their formation processes, and as well as help them while growing up to accept the fact that corruption is something that society must not entertain.

He said, inasmuch as we always quickly point fingers at politicians, probably the biggest of it is done by civil servants and public servants. However, he said there was the need to pay attention to that when address corruption in these two sectors.

Mr. George Osei Bimpeh, was speaking in a presentation at a multi-stakeholder dialogue on the cost and impact of corruption on education health sectors in Ghana, organized by the Ghana Integrity Initiative (GII) on Thursday, 22nd November, 2018, at the Coconut Groove Hotel in Accra.

According to Mr. Osei-Bimpeh, the study which was undertaken under the Accountable Democratic Institutions and Systems Strengthening (ADISS) project, sought to ascertain if citizens perceive any cost and impact implication of corruption on their lives, to also determine or estimate the cost of corruption to citizens regarding access to social services like health and education and economic opportunities, to determine the impact of corruption on the lives of the citizens.

The study he said, employed both quantitative and qualitative methods and surveyed 49 districts in all the ten regions of the country, in order to achieve its objectives.

According to him, they used a questionnaire to collect information in the 49 districts with a minimum of 100 copies administered in each district with 4,907 respondents across the 10 regions in the country.

Less than half of the respondents had experienced at least one form of corruption activity in the education sectors with varying regional and district level occurrences. 54% of the respondents indicated they hadn’t paid bribe, whereas 34% admitted paying bribe.

With regards to spatial frequency of bribe payment on regular basis, Greater Accra Region, had the highest, followed by Central Region and Brong Ahafo respectively.

Buying of certificate, paying for placement in senior high school, buying of examination questions, paying money to get into tertiary institutions including grade changing dominated bribery activities in the education sector.

In the health sector, 43.8% of the respondents indicated they had experienced corruption, with Ashanti Region recording the highest proportion.

According to him, even the regions with the least proportion of respondents alluding to high levels of corruption in the health and education sectors had over 60% of respondents confirming in the Upper West Region.

The Ashanti Region recorded over 90% of respondents confirming existence of corruption in the education sector.

Mr. Osei-Bimpeh, however recommended that institutional and legal frameworks systems and processes ought to be put in place or strengthened to deal with corruption in the education and health sectors of the country. This, he said, will undoubtedly not be successful without the necessary will and concerted effort to enforce those legal frameworks.

Weaker institutions incentivise corruption and therefore, institutional strengthening will be key in addressing corruption in Ghana.

He said, more efforts were needed to reinforce on-going anti-corruption campaigns, in line with National Anti-Corruption Action Plan (NACAP) Framework, as led by GII, GACC and others.

The country, he said, should take advantage of the investment in ICT in the areas of teacher/registration and patients management, examination and access to education and health services in general.