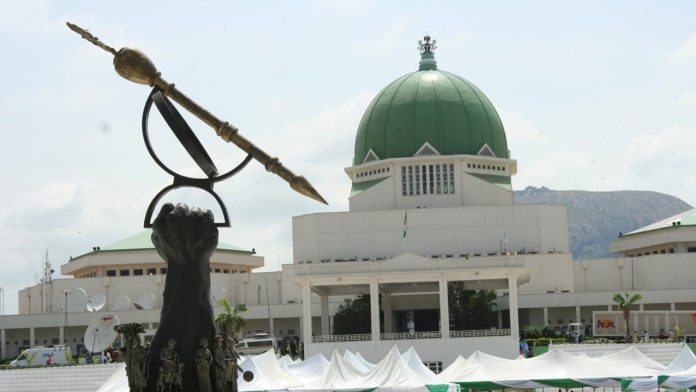 Corruption in Nigeria is fast gaining the notoriety of an incurable monster, defiling all remedies, despite President Muhammadu Buhari’s efforts in curbing the trend. Sometimes, those saddled with the official responsibility of checkmating this destructive malaise are also, ensnared and consumed by its claws. OBJ has consistently maintained in his venomous letters that the National Assembly (NASS) stinks with corruption.

So, when former Nigeria’s President, Chief Olusegun Obasanjo (OBJ) declared NASS as peopled with corrupt legislators, the anger smothered for a while and dissipated. In acceptance of guilt, members of the eighth session of House of Representatives, under incumbent Speaker Yakubu Dogara rather resigned to fate.

The parliamentarians took solace in referring to OBJ’s overtly defamatory comments, as he is “grandfather of corruption in Nigeria.” House Chairman, Committee on Media and Public Affairs, Hon. Abdulrazak Namdas, fumed, “We won’t respond to any corruption allegations by Obasanjo against us anymore.” This is very consolatory for an accused.

Generally, politicians in Nigeria have the repulsive reputation, as very corrupt leaders. Most Politically Exposed Persons (PEP) wine and dine in the swimming pool of corruption very competitively. And civil servants are usually known accomplices in some of the cases already decided by courts of the land.

Its like Nigerians were getting accustomed to this misnomer, until President Muhammadu Buhari picked up the challenge to battle the scourge to a standstill. Disappointingly though, some civil servants have emerged from the backyard of the relay race on the corruption turf and are striving very hard competitively to set new records, with House of Reps members particularly.

Undeniably, total pay package for civil servants in Nigeria has never been enough. It explains the constant agitations from Labour unions for wage increase. Shockingly though, like Reps members, there are civil servants who are strikingly rich and live flamboyant lifestyles, beyond normal earnings.

There are several such instances in Nigeria. And in spite of President Buhari’s eagle-eyed focus on the anti-corruption battle, some Nigerians are still inventing new tricks and exploring virgin frontiers on corruption, their delightful “sport” of some sort.

Nigerians are quite familiar with the case of a top civil servant, the sacked former Secretary of the Government of the Federation(SGF), Mr. David Lawal Babachir over the alleged N200 million grass-cutting scandal.

But there is another baffling, relatively under publicized case. Justice Muawiyah Idris of the FCT High Court in December 2017 made interim forfeiture orders on properties belonging to a civil servant Mr. Ibrahim Tumsah, a Director of Finance and Account in the Federal Ministry of Power, Works and Housing.

Tumsah was in possession of multi-million naira assets even though he was on a monthly salary of less than N500,000, but acquired these assets between 2016 and 2017 alone. From the seized assets, it was clear, the court under estimated the value of the assets, which could run above the threshold of a billion naira in landed properties in choice locations in Abuja and nearly a 90 exotic automobiles of different models.

The House of Reps is still battling with this nightmare of corruption. Of course in 2016, Nigerians were dazzled with the budget padding scandal in the House of Reps, where the House chairman, Committee on Appropriations’, Hon. Abdulmumuni Jibrin resigned his position after a mixed galore of allegations of corruptions were leveled against the members. From expositions, it was beyond suspicions that some members of the House influenced him into such corrupt acts that led to budget padding.

Insightfully, Hon. Jibrin, who threatened court action, eventually tendered an apology to the House Leadership and Reps members, in blackmail fashion, leading to the premature lifting of his suspension before the expiry of the 180 legislative days.

But facts played in public domain by Hon. Namadas, gave very chilling insights about a House yet to wash its hands off corruption shadows.

He said, “For reasons that were not noble and not in the Public Interest, Hon Abdulmumin had initially inflated the budget by adding about N250billion more to the total figure as submitted by Mr President.”

Its safer to guess that these elements are still much around, in multitudes within the Green Chambers, but have probably contrived more grandiose approaches to veil corrupt acts, less open to studious minds, by mere perusal of the books of records. But actions incidentally expose these clan of legislators, who feign exercise of oversight functions to service corruption instincts.

Initially, the EFCC fingered some six directors, who are core civil servants and the number is now rising to about 13. These civil servants alongside the former DG committed various layers of financial crimes, including operating private companies they administered through proxies and family members.

The Vice President, Prof. Yemi Osinbajo is statutorily, chairman of the Governing Board of this sensitive national agency. And acting on the strength of the EFCC’s interim report, the NEMA Board met and agreed to the suspension of the indicted directors to enable the anti-graft agency complete its uninterrupted investigations.

Quite strangely, the indicted directed allegedly went underground to influence the House of Reps committee to commence investigations, a matter the EFCC has gone far with probes. With due respect to the House of Reps, it lacks the prosecutorial powers the law imbues in EFCC.

The House can only refer cases it has concluded oversight functions and found to be immersed in corruption to the EFCC. What could possibly be the intentions of deputy chairman, House Committee on Emergency and Disaster Preparedness, Hon. Ali Isa to have commenced fresh investigations into a case already handled by the EFCC?

Is it proper to permit the accused persons to man the same offices and probably conceal implicative evidence against their own investigations? Yet, the House committee ordered the recall of the sacked directors.

A member of the committee, Hon. Johnson Agbonayinma, betrayed the mindset, when he asserted; “We therefore want to know if the council under the vice president authorized the suspension of directors.” So, it has initiated a blackmailing probe of the current leadership of NEMA under DG, Engr. Mustapha Maihaja, alleging financial infractions of billions of naira, to ostensibly blur the focus on the former DG and directors. It is not possible to conduct oversight functions on Maihaja without the suspected directors’?

A revelation like this would hint appropriately; the counter probe of Maihaja, claimed an insider source, out of the N2.7 liabilities, standing against him, over N600 million are for staff claims and about N330milion of this amount was incurred between January and March 2017 alone by some of the indicted, suspended and reinstated directors.

Individual staff are claiming up to N14 million and 54 million as unpaid liabilities from NEMA in just two months of official assignments’ within Nigeria. But Reps committee has found it necessary to intervene with the investigations because the suspended directors have suddenly found willing allies in the Reps committee to veil the crime after milking the country.

But reliably, current NEMA boss, Mustapha did not approve these reckless spending or expenditures. But today he has become a tool in the hands of parliament to vilify, in conspiratorial protection of the indicted persons. So, Reps has ordered their reinstatement, to continue with their skillful art of manipulating official records?

The unanswered question is- what interest do the Reps seek to protect? Is it possible to assume that since some of them are contractors and the refusal of the NEMA DG to award them contracts from the agency is a good reason for the recent probe by the committee?

Could it be that the Reps committee, as proven by words and action, is dancing to the rhythms’ of Speaker Dogara on an obvious witch-hunt mission, that the House has remained silent over the apparent aberration? Nigeria is in dire need for rescue from corruption.

Adamu sent in this piece from the School of Sustainability and Leadership, Cambridge University, London.