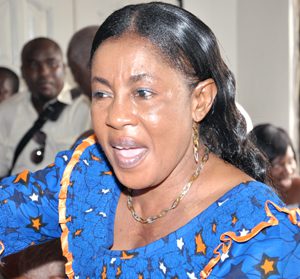 To the best of my knowledge, it was Mr. Paul Collins Appiah-Ofori (aka PC) who single-handedly forked up the fines for both Messrs. Kwadwo Owusu-Afriyie (aka Sir John) and Hopeson Adorye, when in 2013, during the Akufo-Addo-initiated presidential-election petition, the duo was brought up on charges of judicial contempt of the Atuguba-presided Supreme Court panel that adjudicated the case. And so it is rather curious that Ms. Anita D’Souza should be mendaciously attempting to claim credit for the operatives of the National Democratic Congress (NDC) – (See “NDC Helped Sir John Pay His GH₵ 5,000 Fine – Desoso” Kasapafmonline.com / Ghanaweb.com 8/3/16). I also know for a fact that prior to him being found to be in contempt of the Supreme Court, it was rather Mr. Owusu-Afriyie who had been known to have done some quite substantial legal work for some heavyweight NDC underwriters, including Mr. Alfred Agbesi Woyome.

I wouldn’t, of course, rule out the possibility of some NDC operatives having done some work or favors for Sir John, as Mr. Owusu-Afriyie is popularly known. But in this particular instance, NDC operatives had absolutely nothing, whatsoever, to do with the footing of fines for either Monsieur Owusu-Afriyie or Monsieur Hopeson Adorye. The Vice-Chairwoman of the NDC is, however, quite on point to observe that there were some factional operatives among the rank-and-file membership of the New Patriotic Party (NPP) who would fain have had Sir John serve some time behind bars, even just as quite a humongous number of NDC operatives had wished the same ill-fate for the then-General-Secretary of the NPP. It is not clear why Ms. D’Souza has chosen to raise this matter at this time. If, as it clearly appears to be the reason, the Deputy Coordinator of the National Disaster Management Organization (NADMO) aims to garner a groundswell of sympathy for the jailed Montie Three contemnors, then I am sorry to say that Ms. D’Souza has picked the wrong occasion and two grossly divergent incidents.

Needless to say, under absolutely no circumstances can the death threats issued by Messrs. Alistair Tairo Nelson, Godwin Ako Gunn and Salifu Maase (aka Mugabe) be compared to the relatively benign failure of Messrs. Adorye and Owusu-Afriyie to abide by the Supreme Court’s order not to comment on any aspect of the 2012 presidential-election petition while proceedings were still ongoing. Then also must be promptly observed the fact that whereas Messrs. Adorye and Owusu-Afriyie had promptly admitted their guilt of being in contempt of the Supreme Court, the Montie Three, on the other hand, had further complicated matters with the host of the Montie-Fm sponsored “Pampaso” program, Mr. Maase, virulently accusing the Supreme Court of the ungodly practice of “selective justice” and “tribalism.” I don’t remember Sir John or Hopeson Adorye accusing any of the nine members of the Atuguba-presided Supreme Court panel of adjudicators of either “anti-Akanism” or discrimination by a northern-descended jurist against southern-descended Ghanaians.

What was even more disturbing vis-à-vis the Montie Three scandal was the flat refusal of Attorney-General Marietta Brew Appiah-Oppong to effect the prompt arrest of the three would-be judicial executioners; as well as the apparently staged theatrical swiftness of the operatives of the Bureau of National Investigations (BNI), who were able to conclude in less than 48 hours that the Montie Three would-be judicial assassins lacked both the capability and capacity to carry out their death threats. How about the possibility of their hateful speech’s having ignited the murderous animosity of criminally minded listeners and NDC fanatics with both the capacity and capability of carrying out such threats? The BNI operatives have yet to inform the Ghanaian public. All of which has prompted some conspiracy theorists to speculate as to whether the Montie Three were not put to such criminal mischief by a desperate National Democratic Congress leadership hell-bent on hanging on to power.