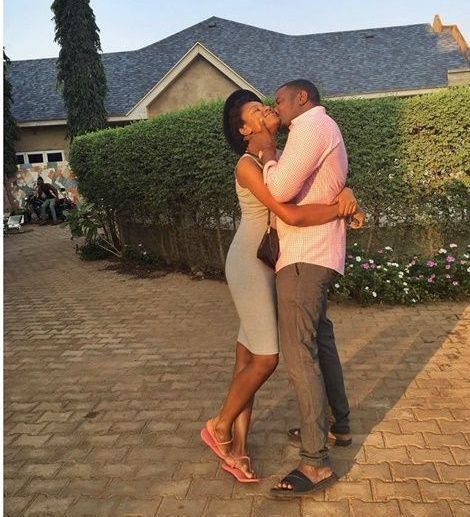 It would be recalled that during the chronic Dumsor period last year, Yvonne Nelson did not only spearhead a major campaign against president John Mahama’s administration but also influenced entertainment industry players to join the train.

This didn’t go down well with John Dumelo who had already declared support for President John Mahama re-election, and actively campaign for him.

It was the conclusion of their fans that this development has put asunder to their sizzling romance – as cuddling pictures which often emanate from the duo’s social media timelines suddenly stopped popping up.

It was however, surprising and heartwarming to fans when Yvonne Nelson posted on her social media today, a picture that suggests the two are back forever.

The picture depicts Dumelo giving her a passionate kiss on her cheeks while in a tight hug with the screen goddess.

Apparently, Yvonne couldn’t hide her emotion, and went ahead to caption the photo thus, “Even Politics couldn’t break us #bestfriend”

Her fans have since suggested for the two to date since they match perfectly for each other.