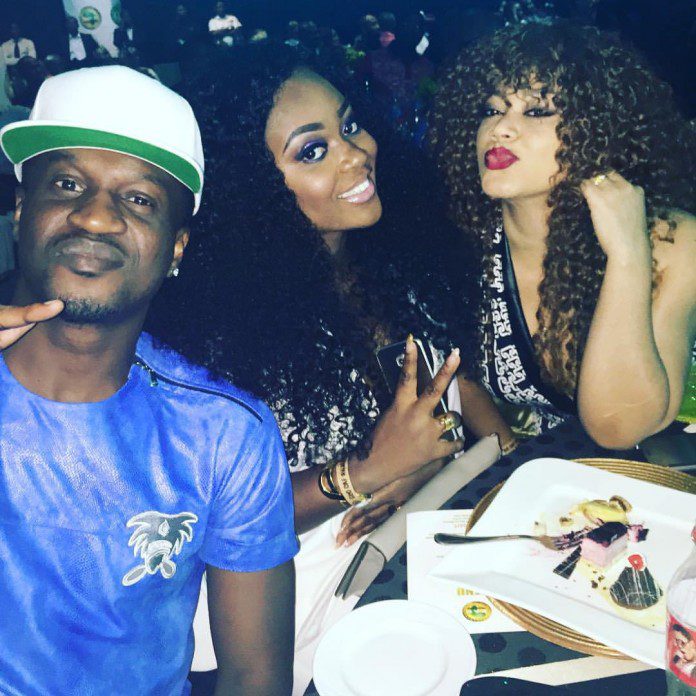 Jackie Appiah and her colleague actress were found taking pictures together with Peter, a member of the music duo P-Square at the just ended 2015 Glo CAF awards.

In 2012 it was reported Jackie Appiah and Nadia Buari had a feud and as a result both parties did not get along according blogs and news portals.

Fast tracking into 2016, can one comfortably say Jackie and Nadia have settled their differences based on current pictures of the celebrities circulating online?

The latest development on their relationship leaves a lot of unanswered questions on the minds of their followers.

As the saying goes “looks can be deceiving” so although Jackie and Nadia were seen “selfies” together at 2015 Glo CAF awards, it does not mean they have sorted their differences that’s if they had any.