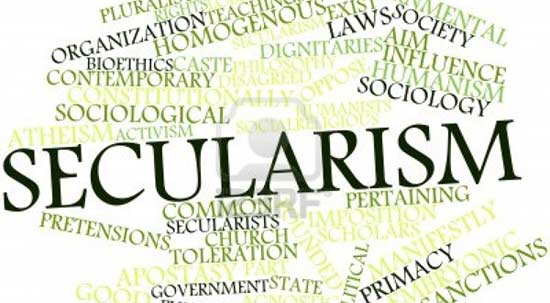 Zimbabwe stands to gain a lot from the spread of secular values in the country because faith groups are taking advantage of the dire economic situation to further exploit the people and undermine their potentials. And this has to stop. Some secular minded individuals who are concerned about this dangerous trend are beginning to organize.

They are working to create a secular platform for dialogue with other faith organisations, challenge religious privilege and tackle the abuse and exploitation of persons by churches and their self-acclaimed prophets and pastors. Recently I spoke to Fred, a secular activist in this southern African nation and he told me that “the Constitution mentions that Zimbabwe is a Christian country”. Although he noted that there were sections that guaranteed secular values such freedom of religion or belief. This is not peculiar to Zimbabwe. In Nigeria, the constitution guarantees freedom of religion but in muslim majority states, sharia law is in force and religious minorities suffer discriminations. Fred stressed that one sector that needed secular attention in Zimbabwe is the schools:
“The education system is also religious and the government recently attempted to ban religious activities in government schools, not for secular reasons but for political ones, but they never succeeded”. The government wanted to replace school prayers with the national anthem. Apart from religious devotion, Fred noted: “They also teach creationism in primary school under the colonial syllabus (yes they still use the Rhodesian system) under a discipline known as content, science, pseudo-science and religion are taught side by side”.

Fred drew my attention to the fact that one church in Zimbabwe was denying children vaccines: “In the Marange area and in many other districts, we have the John Marange African Apostolic faith that denies children vaccines or any medical care, they have been experiencing very high infant mortality rates and children are dying because of that”. This secular group plans to wage a campaign against this.

One other pressing issue is the practice of all night prayers. Fred says this practice has a harmful impact on the health and well-being of children because parents who take their children to this activity deny and deprive them of sleep. “This is a norm in Zimbabwe”, he says, “almost every family goes for all night prayers”.

Fred is a university graduate and during his university days, he interned with an NGO. He witnessed firsthand “how religious dogma was holding back development” in the areas of education, health and the rule of law. He stated:
“Development in Zimbabwe has slackened mainly because of corruption and one of the most common forms of corruption is a special type of religious denominational selection. For instance, every Zimbabwean in Mutare knows that you won’t get a job at Edgars if you do not go to Makandiwa’s church. Church has become the platform to access business and employment opportunities”
Fred is also concerned about the mix of religion and politics:
“Another issue is that our religious leaders are involved in politics. I mentioned earlier about the John Marange sect, there are several more including Paul Mwazha who actively endorses ZANU PF. Mugabe has stayed in power for 36 years partly because of this. Ezekiel Guti of ZAOGA also endorses the dictatorship and his resurrecting fame gains him popular appeal. Magaya of PHD ministries actually gave Grace Mugabe $50 000 for her birthday, people in Zimbabwe are not guided by rationality or economic or human rights concerns when they vote. Lastly, religion has a great impact on human development in Zimbabwe. I believe we have the lowest scientific literacy rate in the world because of religion, and innovation is low because everyone is not living in reality but thinking about a Jerusalem they have never been to yet”. The secular group plans to address these issue and more as part of their program to realize a free, tolerant and secular society.

Fred thinks that secularism has a critical role to play in the intellectual emancipation of Zimbabweans:
“If a secular community is established and given a platform to voice its concerns, given an opportunity to grow, maybe the politicians are going to notice and consider our concerns. Secularism will raise concerns that have never been raised in Zimbabwe, fact checking in academic syllabi, religious denomination based employment. The secular movement will introduce a world view that will lead to intellectual liberation in the country”.

The secular movement in Zimbabawe surely has its job cut out for it. And I hope secular minded people in the country will rise up to this important challenge.

Over 400,000 inhabitants to benefit from Keta Water Supply Project

50 tertiary ladies benefit from Huawei ‘Seeds for the Future 2022’