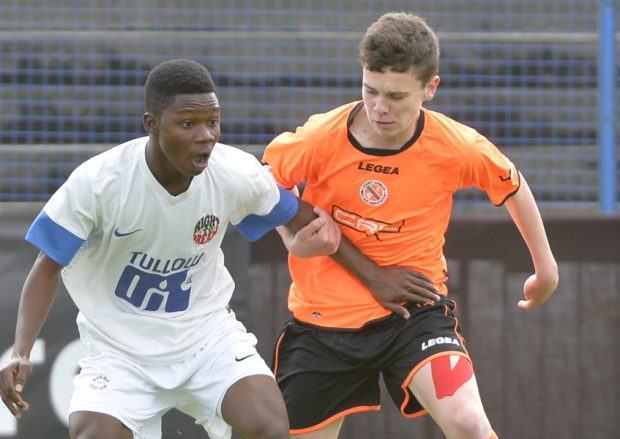 The visitors from Ghana entered the final match of the first fixtures run having scored 13 goals in the previous two games.

However, a determined display by the Orchard County boys led to a well-earned scoreless draw.

?We had 13-year-old Adam McAlpine making his Milk Cup debut in nets and was superb,? said Dean McCullough, the County Armagh Milk Cup Association chairman. ?It was a brilliant team performance and we were worth the draw.

?You have to be realistic and cut your cloth to suit the circumstances so a decision was made to go 4-5-1 having watched Right To Dream in the first two games.

?We worked hard to close down space and double up out wide, but also managed to cause a few problems in the second half at the other end.

?It shows that you can get your reward with hard work.

?This tournament is all about developing players so, from that viewpoint, it was impressive how they followed instructions and displayed real tactical awareness.?

McAlpine is from the area ? along with Sam Murphy, Darragh Gray, Luke Wilson and Tom Weir. Loughgall Youth?s Mark Lucas started the match ? with Barney McKeown, Josh Megoran and Alberto Balde on show from Portadown Youth.