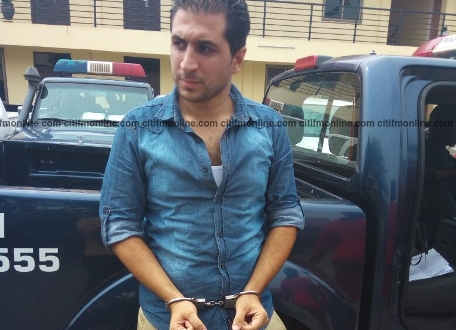 The Abeka District Court has invited an Ophthalmologist of the Achimota Government Hospital to explain a report on Evelyn Boakye, the victim in the Marwako assault case. 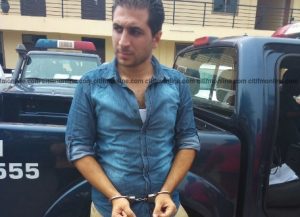 At Wednesday’s sitting, the court presided over by Mrs Victoria A. Ghansah, said the court was unable to understand the language and see the hand writing of the report on the victim by the Ophthalmologist Dr Matilda M Addah.

Led in evidence by Chief Inspector H.A. Hanson, the Prosecutor, Dr Addah told the court that the victim, Ms Boakye was one of the patients who reported at the Achimota Government Hospital on February 28, this year.

According to the medical doctor, the victim reported at the medical facility with a medical form issued by the Police.

The witness after identifying two medical reports, said the victim suffered a traumatic Conjunctivitis and she was given some medication and asked to come within two weeks or when the need be.

She explained that traumatic conjunctivitis meant inflammatory of the white part of the eyes due to a traumatic condition.

According to her further examination of the victim indicated that she was worried and anxious and there was pressure on both eyes.

The witness said the examination also showed that the victim’s eyes were dry and she reacted to lights.

Answering questions under cross examination by Mr Julios De Mederios, the witness said it was not all the time that pepper in the eyes of a person caused conjunctivitis.

She admitted that diagnosis depended on history of the patient and the victim informed her that pepper was splashed in her face.

The witness said she was not surprised that the victim reported to the hospital two days after the incident.

According to the witness it was not true that the victim reported of eye problem after using an eye drop prescribed by her.

Meanwhile, defence counsel informed the court that they had received the court proceedings while in court on Wednesday hence they had not open it to make their submission of no case.

He, therefore, prayed the court an adjournment to enable him read and made his submission of no case.

Defence counsel said he was confident that after the submission of no case, the court would acquit and discharge Jihad Chaaban, the accused person.

The court ordered the defence to file the submission of no case on the prosecution so that he could furnish same to the Attorney General’s office to respond.

Chaaban aged 26, is before the Court for allegedly dipping the face of Ms Evelyn Boakye into a blender full of blended pepper at the Abelenkpe branch of Marwako Restaurant.

He has been charged with offensive conduct by calling the victim a prostitute, intentionally and unlawfully causing harm and assault.

Chaaban has pleaded not guilty to the charges and he is on bail.

The Marwako Restaurant Supervisor was on February 28, this year, alleged to have assaulted the alleged victim Ms Evelyn Boakye for fidgeting with a blender and working slowly.

Chaaban, a brother–in-law of the owner of Marwako Restaurant at the Abelenkpe branch allegedly grabbed the neck of the victim angrily and dipped her face into a blender of blended pepper.
GNA/www.newsghana.com.gh

Investigator ordered to appear in court

Dental X-Ray Gives accused person Away over his age