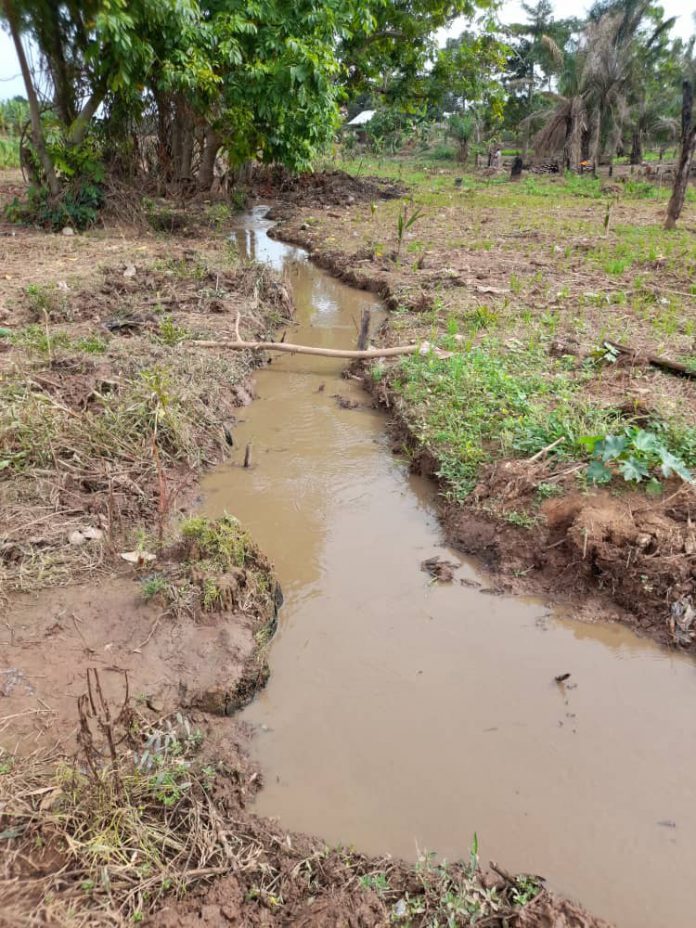 Four accused persons dragged to Court by the Sunyani West Municipal Assembly were on Monday sentenced to pay a total fine of GHC7,200.00 or serve 30- days imprisonment each for contaminating a stream with waste water .

They were Bawa Kwabena, Akosua Boahemaa, farmers, Ama Diana and Yaa Lamisi, traders and residents of Fiapre in the Municipality.

They all pleaded guilty to the charge of “Dirty disposal of waste water with offensive odour within their premises” which is contrary to section 1(A) of the Sunyani West Municipal Assembly by-law 2020.

The Fiapre Circuit Court presided by Miss Rita Amoanywaa Edusah consequently convicted each of them to pay a fine of 150 penalty units, equivalent to GHC1,800.00 for directing their waste water into a local stream, ‘Atta Dei Kofi’ serving as a source of drinking water for the people.

The sentence were to serve as deterrent to others with the intention of channelling their sewages into that particular stream and others in the community, the Court explained.

Mr. Andrews Salifu Brimah, the Municipal Environmental Health Officer who was the prosecutor, later told the Ghana News Agency (GNA) in an interview that six other culprits declined to appear before the Court despite that they were all served with Court summons.

But, he added they would be arrested with Court warrant to be arraigned before the Court.

He stressed that polluting water bodies and degrading the environment generally was a punishable offence and therefore cautioned the populace to desist from such unpatriotic acts to avoid arrest and prosecution.

Mr. Brimah announced that the Unit would not renege on its inspection exercise, warning that anyone found polluting the environment in any form would be arrested to face the rigours of the law.