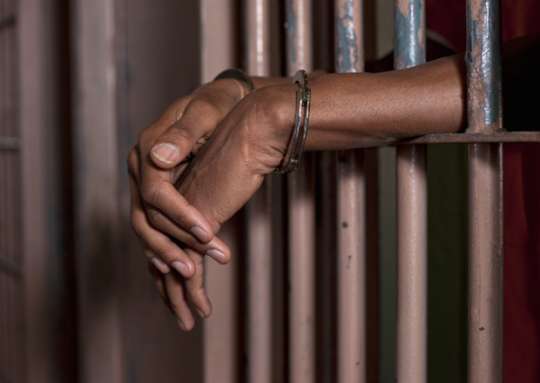 An Agona Swedru Circuit Court has remanded three Fulani herdsmen and a Ghanaian into prison custody for allegedly stealing 23 cows belonging to one Mr Henry Boateng, a Swedru based farmer.

The pleas of the suspects, George Godfred Adade 27, a Ghanaian driver, Issifu Jaro 38, Yakubu Issaka 30 and Sumaila Ibrahim, all Fulani herdsmen, were not taken.

The Court presided over by Mr Jonathan Desmond Nunoo adjourned the case to Tuesday, March 10.

Prosecuting, Sergeant Clara Salia, told the Court that on Wednesday, February 26, the three Fulani herdsmen conspired with the driver to steal 23 cows at the farm of Mr Boateng at Gomoa Ayensuadze.

According to the Prosecution, the Fulanis broke into the room of the caretaker of the farm, tied him with rope and took away his licensed single barrel gun together with the animals.

He said the caretaker later managed to free himself and called Mr Boateng to inform him about the theft, who then went to the farm and found a piece of paper with a car and a mobile phone numbers on it.

Police Sergeant Salia told the court that Mr Boateng rang the number and the suspected driver picked the phone, where he asked the driver if he could convey his cows to Accra for him, which he obliged.

The Prosecution said the driver charged Mr Boateng GHc2,000 and agreed to meet him at Akim Akroso in the Eastern region.

According to Sergeant Scalia, when the complainant met the driver, he informed him that the cows at Akim Oda were not ready but he had other ones at Agona Nyakrom which were ready to be conveyed to Accra so he should drive him there.

Police Sergeant Salia said on reaching the Police barrier at Jacob near Agona Swedru, the complainant secretly informed the police about the stolen cows.

The Prosecution said the Police Personnel at the barrier then escorted the driver and Mr Boateng to the Swedru District Police Station where the driver was questioned about the missing cows.

She said when the Police searched the Sprinter bus after arresting its driver, they saw forged certified vetinary certificates which had been used to clear some animals at other Police barriers.

Police Sergeant Salia said the driver then confessed and cooperated with the Police to track down the three Fulani herdsmen who were at Kasoa for their arrest.