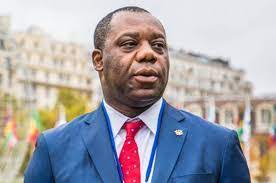 The Commercial Division of the High Court presided over by Her Ladyship Justice Akua Sarpomaa Amoa has in a ruling dated Friday 2nd July, 2021, dismissed an application for judicial review filed by Power Distribution Services Limited (PDS) against the Attorney-General, following the cancellation of PDS’ Operating Licences issued by the  Energy Commission.

By two agreements – a Lease Assignment Agreement and a Bulk Supply Agreement both dated 3rd July, 2018, the Electricity Company of Ghana (ECG) had leased its assets worth billions of dollars to PDS and also permitted PDS to carry out ECG’s obligations regarding the distribution of electricity in the Southern Distribution Zone of the country. The Government of Ghana had also, in a separate agreement dated 3rd July, 2018 described as the Government Support Agreement, guaranteed the transfer of assets of ECG to PDS. The three (3) agreements were a culmination of the commitment of the Government of Ghana and the Millennium Challenge Corporation (MCC) of the United States of America to undertake private sector participation (PSP) in the energy sector with the object of ensuring efficiency in the management, operation and investments in the electricity distribution business of ECG.

Conditions Precedent to the agreements entered into with PDS required the company to furnish to ECG Payment Security in the form of either a Demand Guarantee or a Letter of Credit issued by a Qualified Bank. PDS submitted the Payment Securities in the form of Demand Guarantees issued by a Qatari insurance firm, Al Koot Insurance and Reinsurance (Al Koot) on 27th February, 2019, two days before the Transfer Date of 1st March, 2019.

Al Koot is not authorised by its constitutional documents to underwrite counter party and trade risk;

The Guarantees purportedly issued in respect of the Transaction are not an approved product line;

The letter dated  13th March, 2019 forwarded by MiDA to ECG purporting to confirm the issuance of the Demand Guarantees was part of the fraud and misrepresentation practised in respect of the purported issuance of Demand Guarantees to secure the transfer of assets of ECG to PDS, as the signature on the letter was forged;

Al Koot denied the existence of the Guarantees;

Al Koot refused to accept any present or future legal obligations in connection with the purported Guarantees;

Criminal action will be instituted by Al Koot against personnel and all reinsurers who might have aided and abetted the fraudulent issuance of the unlawful Guarantees.

The Government of Ghana and ECG consequently, by letters dated 31st July, 2019, suspended the three agreements pending the conduct of a full inquiry into the circumstances of the letter written by Al Koot. Upon completion of their investigations, on 23rd October, 2019, the Government of Ghana acting through the Energy Commission, cancelled the licenses issued to PDS and ordered a transfer of ECG’s assets back to ECG. The decision was explained by the Government of Ghana as intended to safeguard the assets of ECG worth tens of billions of dollars.

On 12th February, 2020, PDS through its counsel, Minkah-Premo and Co., instituted a judicial review action against the Attorney-General claiming the following reliefs:

A declaration that the suspension or cancellation of the Operating Licences comprising the Electricity Distribution Licence and Electricity Retail Sale Licence of the Applicant by the Respondent as per its letter dated 30th July 2019 is inconsistent with the condition precedent of prior hearing required by the Energy Commission Act, 1997 (Act 541) and therefore unlawful and void.

A declaration that the purported cancellation of the Operating Licences comprising Electricity Distribution Licence and Electricity Retail Sale Licence of the Applicant by the Respondent as per its letter dated 31st July 2019 contrary to the requirement of prior hearing as stipulated in the Energy Commission Act, 1997 (Act 541) is unlawful and therefore void.

A declaration that the purported transfer and appointment of the Electricity Company of Ghana (ECG) as Operator under the Electricity Sale Licence number EC/ESL/02-19-001 of the Applicant by the Respondent per its letter dated 31st July 2019 without prior meeting with and consent of the Shareholders and Lenders of the Applicant as well as an invalidation of the licences as required by the terms of the licence as required by the terms of the licence and the Energy Commission Act, 1997 (Act 541) is unlawful and therefore void.

A declaration that the Respondent’s cancellation of the Operating Licences comprising the Electricity Distribution Licence and Electricity Retail Licence of the Applicant as per its letter dated 23rd October 2019 contrary to the minutes of Meeting dated 6th September 2019 was unreasonable and in breach of legitimate expectation.

A declaration that the exercise of administrative power by the Respondent in cancelling of Electricity Distribution and Retail Sale licences results from the Respondent’s acceptance of Electricity Company of Ghana’s rendition of the provisions of the Transaction Agreements regarding post-termination transitional period and rights of the Applicant under the Transaction Agreements abridged the Applicant’s rights.

An order of certiorari directed at the Respondent to bring before the Court and quash all unlawful publications made of the withdrawal/suspension and/or cancellation of the Applicant’s Operating Licences regarding the Southern Distribution Zone.

An order of injunction directed at the Respondent and its servants, agents to refrain from interfering with the Applicant’s post-termination transitional rights provided under the Lease and Assignment Agreement (LAA).

The Attorney-General filed an opposition to PDS’ action in which he contended among other things, that, the action was manifestly without any basis and unwarranted within the specific circumstances of the facts leading to PDS’ action. The A-G asserted that most of the reliefs claimed by PDS related to steps taken by the respondent to give the applicant a hearing, before the Government proceeded to take the final decision to cancel the PDS’ licences by a letter dated 23rd October, 2019, and could therefore not be the object of a relief in a judicial review application.

Further, the State contended that PDS’ action violates the express mandatory statutory provisions under sections 20 and 21 of the Energy Commission Act, 1997 (Act 541), which require PDS to have complained to the Minister for Energy and request the Board of the Respondent to set up an arbitration panel to arbitrate and settle the dispute before a corut action could be filed. No part of these provisions have been complied with. The action was therefore procedurally incompetent for want of a satisfaction of the essential preconditions stipulated by Act 541.

On the merits of the action, the Attorney-General contended that depositions in PDS’ affidavit were laden with deliberate misstatements and misrepresentations of fact. The Government alleged that it did not commit a breach of PDS’ right to natural justice as it acted fairly and granted the PDS several opportunities to answer the issue raised against, but PDS had woefully failed to justify why the decision to cancel its licenses ought not to have been taken by the Government.

The Government further asserted that it was not obliged by law to meet the shareholders and lenders of PDS before appointing ECG as Interim Operator to take over the licences previously issued to PDS.

The Government also contended that PDS accepted ECG’s rendition of the issues bordering on the validity of the purported demand guarantees issued by PDS. In view of that, the Government proceeded to strictly comply with the provisions of the Energy Commission Act following a finding that PDS had failed to procure valid Demand Guarantees supporting the transfer of ECG’s assets to PDS, and therefore PDS had no legitimat complaint before the Court.

On 2nd July, 2021, Justice Akua Sarpomaa Amoa dismissed all of ECG’s reliefs and indicated that the full reason would be filed in the registry of the court.

It is noted that other issues relating to the operation of accounts in which PDS held various monies now supposedly belonging to ECG, were outstanding pending the determination of the court case filed by PDS.