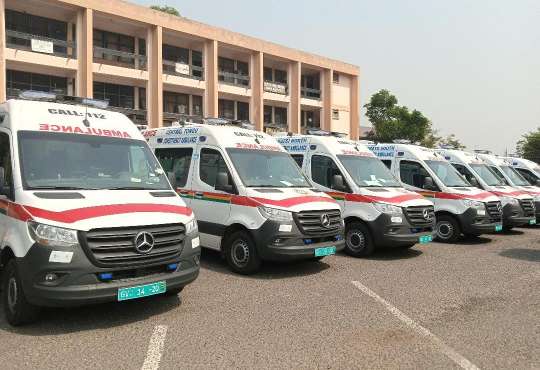 The Auditor-General’s report on Covid-19 has disclosed that the Ministry of Health agreed to buy 26 Toyota Hiace Deluxe ambulances for US$4,049,460.12 in December 2021, but the ambulances were never delivered.

Details of the report has it that, as of November 28, 2022, no ambulance had been delivered.

In the report, the Chief Director explained that the supplier for the ambulances applied for an extension of delivery date to meet some technical specifications.

The Auditor-General opined that, “under the current economic difficulties, the supplier could apply for price variation to unduly increase the cost of the contract which could have been avoided if the ambulances had been supplied as scheduled.”

The contract has since been extended to March 2023 after a technical inspection by the World Bank and a recommendation for additional specifications.

The Auditor-General has thus recommended that “the Chief Director should ensure that the ambulances are delivered no further than the extended date of March 2023.”

The A-G also reported that $80m worth of vaccines paid for by government has not been delivered.

According to the A-G, government paid over $120m to the United Nations Children’s Fund (UNICEF) and African Vaccine Acquisition Trust (AVAT) but only $38m worth was delivered.

The Auditor-General has thus recommended to the Chief Director of the Health Ministry to renegotiate and recover the outstanding balance.