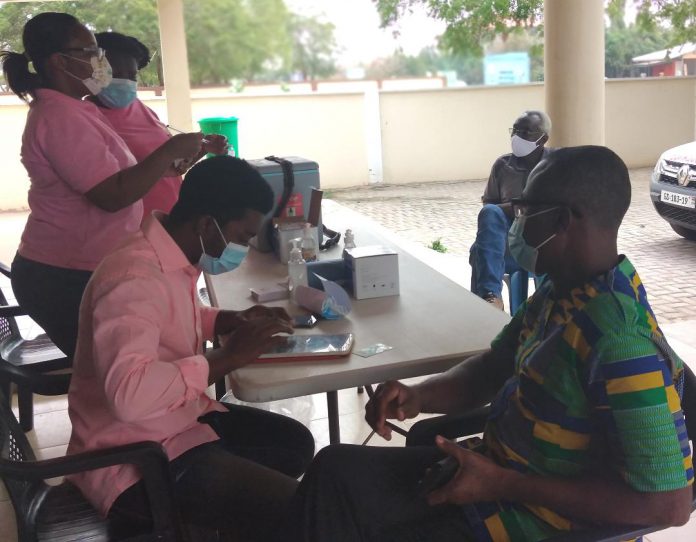 The Ashanti Regional Health Directorate has begun a six-day COVID-19 vaccination exercise in four districts, identified as the hotspots in the Region.

The exercise, which ends on August 18, is seeking to vaccinate 50,400 people with Johnson and Johnson COVID-19 vaccines in the Kumasi Metro, Asokwa, Oforikrom, and Kwadaso Municipalities.

Dr. Emmanuel Tinkorang, the Regional Director of Health Services told the Ghana News Agency (GNA) in Kumasi that persons, 18 years and above except pregnant women were eligible to take the jab.

He, however, said those who had received the AstraZeneca and Sputnik vaccines were ineligible to take the Johnson and Johnson vaccine.

Giving a breakdown of the number of people being targeted in the various districts, Dr.Tinkorang disclosed that the Directorate had targeted 25,700 in the Kumasi Metro, 5,000 in Asokwa, 8,900 in Kwadaso, and 10,800 in Oforikrom.

He said vaccinating the population against the viral disease was critical to the fight against the pandemic and urged residents in the selected districts to visit vaccination centres in their localities to take their shots.

The four districts are part of 11 hotspots identified by the Ghana Health Services with the remaining seven being in the Greater Accra Region where a similar exercise is currently ongoing.