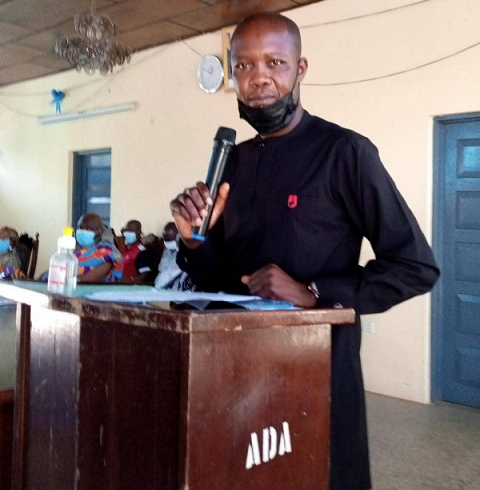 Mr Bernard Ahiafor, Member of Parliament (MP) for Akatsi South has said Chiefs are well-positioned to support in stemming the spread of the coronavirus disease.

He said communities must receive adequate knowledge about the dangers associated in contracting the virus and the necessity to adhere to the safety protocols.

Mr Ahiafor made the appeal during a meeting of Chiefs from the Avenor Traditional Area on Saturday at the Akatsi South Municipal Assembly Hall.

The meeting, which was under the tutelage of Togbe Dorglo Anumah VI, Paramount Chief and President of Avenor Traditional Council, sought to discuss the various ways Chiefs could play the crucial role to actively engage in educating their subjects from their various areas of jurisdiction on the need to practice safety in safeguarding the disease from further spread.

Mr Ahiafor in his address, noted “Chiefs can’t be left out if we really want to fight against the virus”.

He indicated that Chiefs occupy positions of influence and authority, hence adding their voices to calls by the government for people to obey the protocols could make a significant impact.

“Our Chiefs and other community leaders, especially religious leaders must also join the fight in their localities,” he suggested.

He said it was disheartening how some individuals in the health and security sectors were in the frontline risking their lives to keep the population from the virus only for others to flout simple directives.

He also assured the Chiefs of his continuous support in the discharge of their duties.

A cash donation of GHC2,000 was presented to the Traditional Council at the meeting.

Mr Ahiafor disclosed to the Ghana News Agency (GNA) that, his test result in the midst of the pandemic reigning over MPs and other Parliamentary staffers is safe, adding “I have negative COVID 19 test result so my people must also do same in protecting themselves, so we can all be alive”.

The meeting was also attended by Togbe Sakpaku lX, left wing Chief of Avenor, Mama Yashidi III, Queenmother of Avenor and other Chiefs from the area.

Togbe Dorglo in his closing remarks, called for unity among Avenor Chiefs for a prosperous year.