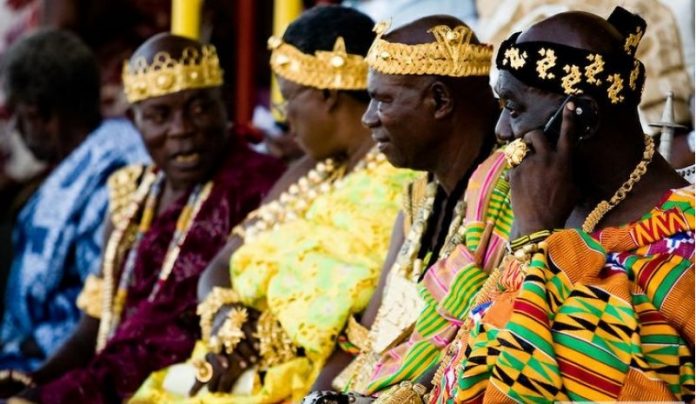 Traditional rulers have been urged not to relent but continue to support the government in the fight against the spread of the coronavirus in their communities.

Nana Okyere Tawiah Antwi, District Chief Executive (DCE) for the Atwima Kwanwoma District, who made the call, said it was urgent for chiefs to continue to get involved in the fight against the spread of the virus in their traditional areas.

He made the call at a ceremony to present quantities of personal protective equipment to some traditional rulers in the district for onward distribution to the people in their communities.

According to Mr Antwi, the district currently had 26 confirmed cases of the virus and there was the need for all to work together to combat the further spread of the virus.

He said the government was committed to the fight against the spread of the virus and called on the people in the area to continue to adhere strictly to the preventive protocols put in place to contain its spread.

The traditional leaders present at the ceremony praised the DCE for He commended his his commitment to the development of the area and zeal to have the living conditions of the people in the area improved.

Nana Amponsa Kwaa IV, chief of Atwima-Kwanwoma, said the DCE had performed creditably in his first term to bring the needed basic infrastructure to improve the living conditions of the people and appealed to President Nana Akufo-Addo, to retain him to continue the path of development and progress for the people.

Nana Nubeng-Sra III, chief of Trede on his part said Mr Antwi’s quick response to urgent issues and respect for the traditional leaders were contributory factors for the many successes he achieved for the people and commended him for providing the items to help the people to protect themselves against the virus.

Nana Nubeng-Sra pointed out that it would be in their interest to have him retained for the development agenda of the area.