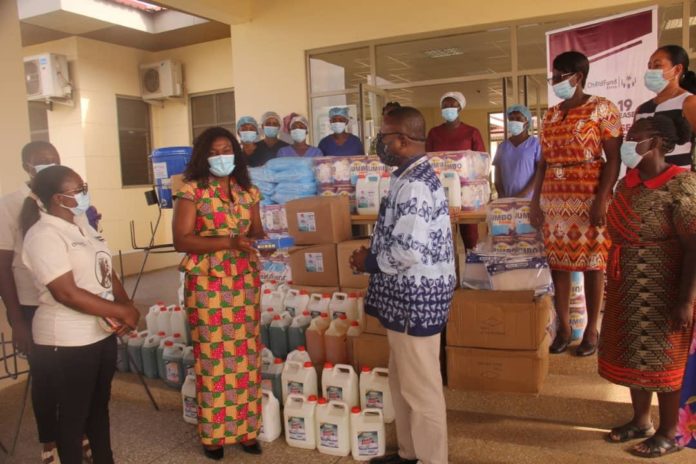 Some vulnerable groups, in selected slum areas in Accra, whose livelihoods were impacted by the COVID-19 pandemic, have received food rations and cash transfers to ameliorate their plight.

They included 150 persons, who received cash transfers of GHc300 each while 150 others living at Chorkor and Teshie also received food rations of 30 kilogrammes of rice, nine bottles of cooking oil, 18 cans of tin fish, and six bowls of beans each.

A total of 700 persons living in Ablekuma South, Asiedu Keteke, Ga East, and Ledzokuku had their National Health Insurance Scheme (NHIS) subscriptions renewed and or registered under the NHIS as new subscribers, and were each given hand sanitizer, carbolic soap, and two face masks.

These support packages were presented to the beneficiaries by Children Believe, an international non-governmental organisation working for the well-being of children, in collaboration with Assemblies of God-Care Ghana with funding from ChildFund Korea at a cost of US$100,000.00.

Madam Esenam Kavi De Souza, Country Manager, Children Believe, who spoke at separate events to present the items to the beneficiaries at their various locations in Accra, said they formed part of many projects being implemented by Children Believe to enhance COVID-19 preventive capacity and alleviate its impacts.

Madam De Souza said the gesture was also to improve food security for 300 youth whose livelihoods were severely impacted by movement restriction measures due to COVID-19 outbreak in the project districts.

She said the disease continued to impact negatively on women, children and youth, especially those in the urban slums and on the streets, urging members of the public to continue to support the country’s health facilities to ensure complete victory against the disease.

Dr Patrick Amoah-Mensah, Head of Ussher Polyclinic, who received the items on behalf of the facility, said the strict adherence to protocols such as regular hand washing with soap under running water, use of sanitisers and general cleanliness over the past eight months had led to a reduction in the outbreak of sanitation-related diseases.

Dr Amoah-Mensah cautioned members of the public against complacency as that would derail the country’s efforts to eradicate the disease.

He said “We still keep seeing new cases but because most of the cases are asymptomatic, people are taking it for granted. Until the World Health Organisation and the Ghana Health Service announce that it is over, we have to continue to adhere to all the protocols and preventive measures outlined.”

He commended Children Believe and AG-Care Ghana for the support, saying the items had come at the appropriate time because the facility had intended to procure such materials to support its frontline health workers.

Representatives of other beneficiaries including Dr Abla Egblewogbe from the Korle-Bu Polyclinic and Reverend Samuel Obeng Mensah from the Ga East Hospital took turns to express gratitude to Children Believe for supporting their health facilities.

Some beneficiaries from the various communities also showed their gratitude to the sponsor –ChildFund Korea for prioritising their needs and supporting them in this crucial period when their livelihoods had been severely impacted by the disease.