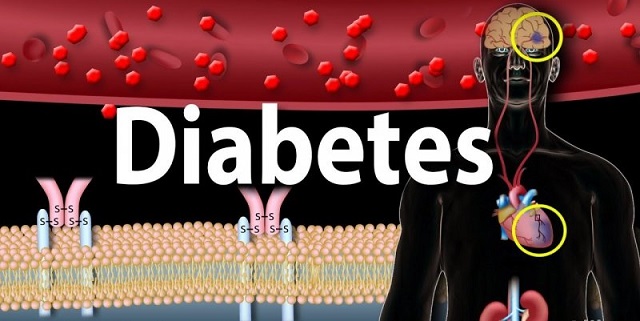 The globl pandemic, COVID-19, has taken the world by storm. Alongside COVID-19, diabetes is a long-standing global epidemic making the diabetes population likely to suffer adverse outcomes if infected by the virus.

According to health experts, COVID-19 may enhance complications in individuals with diabetes through an imbalance in angiotension-converting enzyme 2 (ACE2) activation pathways leading to an inflammatory response. These individuals may be prone to worsened COVID-19 complications including vasculopathy, coagulopathy as well as psychological stress.

Globally, a substantial proportion of the world’s population is affected by other co-morbidities such as diabetes. These require special attention during this pandemic to avoid adding on to the burden of countries’ healthcare systems.

To protect the diabetes population, Ghana will soon have a comprehensive national diabetes treatment guidelines, for the standardized management of the disease at the primary and secondary levels of care across the country.

Dr Efua Commeh, the Deputy Programme Manager for Non-Communicable Diseases (NCDs) Control Programme, Ghana Health Service (GHS), told the Ghana News Agency (GNA) in an interview in Accra, that the country currently does not have a national treatment guidelines for diabetes management.

She said the present practice was that the various treatment facilities had developed their own internal guidelines for diabetes management which they have been using over the years, but explained that for the country to achieve an effective management and control of the disease, the GHS, has developed a draft guideline which is being reviewed currently by key stakeholders from across the health sector, to achieve a national standardized document for use.

Statistics by the World Health Organisation (WHO) as at 2019, indicates that over 425 million people globally were suffering from diabetes, out of which a staggering 16 million of them were found in Africa, and this was projected to hit 41 million by 2045 if deliberate measures were not taken to mitigate the current trajectory of the disease.

The WHO, therefore, considers diabetes as a critical global health problem and a major cause of morbidity, disability and mortality in many countries, and its effects are being further heightened by the fact that it constitutes a risk factor for other serious chronic illnesses like coronary heart diseases and stroke.

Dr Commeh said diabetes, which is a serious NCD, is becoming a worrying public health threat globally, and available data shows that the disease affects six to nine per cent of Ghanaians, with the prevalence increasing with age and being higher in urban than rural areas, and the major factors include obesity, physical inactivity, unhealthy diet and smoking of tobacco.

She said this data covered only persons known and were being treated in the various facilities across the country, but other studies have suggested that the burden of this NCD could be far greater than what was on record.

Out of the over 425 million people living with the disease in the world, a staggering 16 million people are found on the African continent, a figure which is projected to hit 41 million by 2045 if deliberate measures are not taken to mitigate or halt the current trajectory of the disease. Over 4 million of this population are living in Ghana.

According to aWHO data published in 2018, Diabetes Mellitus Deaths in Ghana reached 5,693 or 2.84% of total deaths. The age adjusted Death Rate is 46.71 per 100,000 of the population ranks Ghana and this is likely to have gone up though statistics are scanty.

The NCDs Programme Manager hinted that current reports being received from the various hospitals and health facilities across the country, suggested a rising burden of diabetes among children, and that obesity among these category of persons is also becoming frightening.

There is the need to intensify public awareness on the growing burden of NCDs, including diabetes, especially in the era of COVID-19, as the pandemic has greatly exposed the huge gap in Ghana’s health sector in care delivery, where screening for NCDs must be given a priority for funding by the government and other development partners, to ensure early detection, diagnosis and effective treatment of these diseases.

Health professionals believe that undiagnosed NCDs including diabetes may have been a contributor to the huge COVID-19 death rate both in Ghana and globally.

Mrs Elizabeth Esi Denyo, the President of the National Diabetes Association-Ghana, said the disease was the major cause of adult disability and death, and discarded the misconceptions surrounding the disease, saying that, contrary to the popular belief that diabetes was a disease for the aged, it affects people of all ages.

She noted that beyond the devastating effects of the disease in terms of morbidity, the cost involved in managing it puts unbearable economic burdens on the individual, their families and the nation as a whole, hence, the need to intensify awareness of the disease among Ghanaian to change the narrative.

The Association, which was formed in 1981 aims among other objectives, to lead all diabetics in Ghana to quality and affordable services for the prevention and care, create awareness of the disease and its complications through peer education, print and electronic media and to help improve the quality of life and reduce morbidity and pre-mature mortality especially in women, children and adolescents.

Type 1 diabetes is a disorder in which most of the insulin producing cells in the body are destroyed by an immune process. Type 2 diabetes involves an interaction between genetic predisposition and the environment, so the environment in the sense that increased food intake, decreased physical activity, increased weight, interact with their family history which provides the genes.

In people with diabetes, there is more inflammation in the body. And so, with COVID-19, that inflammatory state gets worse much more quickly, so that could be one reason. The second reason is people with diabetes may be more prone to having problems with their circulation, they may already have had a bypass or a stroke or low blood flow to the legs or something like that.

And then this was that because there’s an additional circulatory problem on top of a background of circulatory issues. Blood flow because of clotting problems could be exaggerated by COVID. So, within each one of these bigger reasons, there may be smaller reasons nested.

Mrs Denyo advised people living with diabetes to as a matter of urgency get vaccinated against COVID-19 to reduce their chance of dying from the underlying causes should they get infected with the virus.

Article 25 of the UN’s Universal Declaration of Human Rights, covers a wide range of rights including medical care as well as social protection covering situations beyond one’s control such as disability, widowhood, unemployment and old age, and further advancing the health-related human rights, the Chapter five of Ghana’s 1992 Constitution has enshrined that ‘Everyone has the right to a standard of living adequate for the health and well-being of himself and of his family, including food … and medical care.

This means government and stakeholders collaborate to ensure quality health care for all Ghanaians and to achieve the Sustainable Development Goals as well as the 2030 target for Universal Health Coverage.