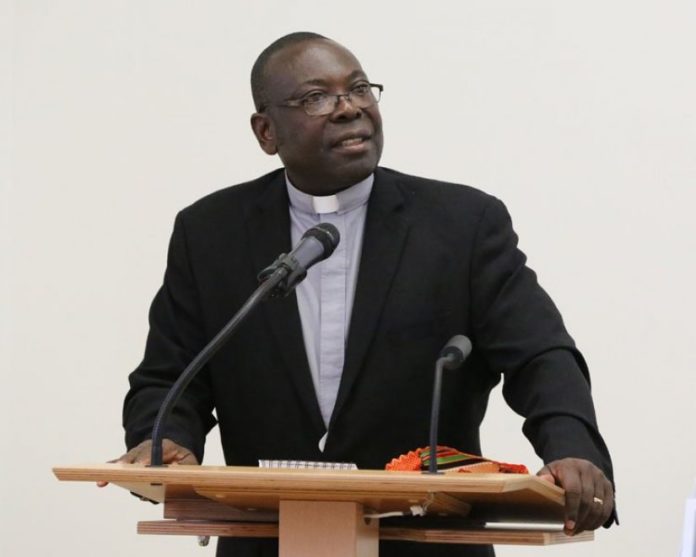 Reverend Dr Seth Senyo Agidi, the Moderator of the General Assembly of the Evangelical Presbyterian Church, has described as good news the easing of COVID-19 restrictions by President Nana Addo Dankwa Akufo-Addo and said the Church would develop strategies in line with the instructions.

“Leadership of the E.P. Church will soon develop a comprehensive strategy on how best to work with the President’s directive to contain the 100 members within an hour and how many services to conduct in a day,” he said.

Reverend Agidi, speaking to the Ghana News Agency in Ho in relation to the partial easing of restrictions, asked Christians to continue to pray for the nation to go through the difficulties associated with the COVID-19.

He said the E.P. Church would ensure that all safety protocols were strictly adhered to by members to stem the spread of the disease and mitigate its impact.

Rev Agidi said the Church had suffered in the wake of COVID-19 with difficulty in reaching members with the word of God and expressed gratitude to the President for relaxing the restrictions.

Meanwhile Mr Sevor-Gbanaglo Hope, a Principal Environmental Health Assistant at Hohoe in the Volta Region, said it was important that people strictly adhered to handwashing with soap under running water, social distancing and wearing of nose masks to prevent further spread even as the welcomed the relaxing of the restrictions.

He said there was the need for effective monitoring and supervision in schools when students returned because some of them could come from hotspots of the disease and likely to spread it.

Mr Sevor-Gbanaglo said religious bodies must endeavour to stick to the directive of the President on the number of congregants while the pastors dedicated part of their sermon to educating congregants on the disease and precautionary measures.

A section of the public the GNA spoke with expressed happiness with the reopening of churches.

Madam Mary Agbo, a food vendor, said though she was happy that the churches were opened, she would not rush to church on the first day but monitor the situation for a while.

Mr Mohammed Ali, a trader, said he had been observing daily prayers outside the Mosque but “the blessings from prayers in the Mosques are more” and would join his colleagues to observe the first Ṣalāt al-Jumuʿah after the relaxation of the restrictions.

Master Kelvin Dorlema, a final year Junior High Student, said he was glad to hear that they could return to school and prepare for their final exams.

He said he had not benefitted from any online classes but studied on his own and that resuming school would help him prepare well for the examinations.

When the GNA contacted Alhaji Mahmud Issaka, the Hohoe Municipal Chief Imam, he said there would be a meeting of all Imams in the Municipality before Friday to ensure they adhered to the precautionary measures as directed by the President