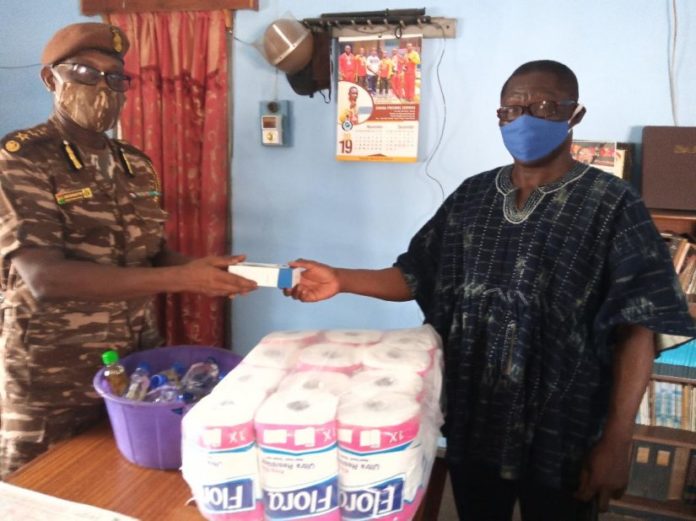 Inmates of the Ho Central Prisons has appealed to the Government to provide the Prisons with isolation centers in the wake of COVID-19.

They also appealed for minor offenders to be freed to make room for social and physical distancing in the cells.

The inmates commended the MCE for the gesture and government for efforts at containing the pandemic and said it was time attention was given to “us too.”

They said despite social distancing being a major protocol in preventing the spread of the virus, they continued to “sleep in groups of 70/80 in a cell with no isolation center for inmates who are very sick.”

The prisoners said though people the world over were adapting to a new normal, it was business as usual for the inmates with “overcrowding everywhere. Overcrowding in cells, pavilion, everywhere…”

They also lamented on the sanitation situation in the Prisons and called for support.

The Ghana News Agency observed that the pavilion in the male prisons was jam-packed with only about five inmates wearing nose masks.

A few of them were also spotted eating together and others singing and shouting in close proximity.

Last month, the Prisons allegedly threatened to shut its gates to new inmates due to overcrowding.

The MCE urged inmates who had nose masks to wear them regularly to stop the spread of the disease, stressing, “nose masks are now the new pattern of dressing for our safety.”

Mr Andrews Dzokoto, Deputy Director of Prisons, Volta Regional Commander of Prisons commended the MCE and the Assembly for the support.

He said the Ho Central Prisons, designed for 150 inmates had 423 prisoners with some sleeping under the beds of others.

Mr Dzokoto said the major challenge was overcrowding and that all inmates had nose masks and were regularly encouraged to wear them.

The MCE made similar donations to the Police, Immigration, and military in Ho.

He observed that some security officers were not observing the safety protocols, especially the wearing of nose masks, and said, it was affecting enforcement.

Mr Pi-Bansah said the Assembly was, therefore, forming a multi-taskforce to ensure all safety protocols were observed strictly to curb the spread of the virus.

The Region is said to have also recorded two COVID-19 deaths and 35 recoveries at the end of May.