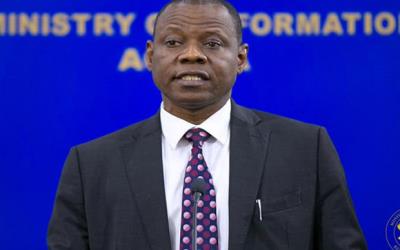 Dr Patrick Kuma-Aboagye, the Director-General of the Ghana Health Service (GHS), on Tuesday said the nation has in the last few days, recorded a gradual decline in the number of COVID-19 cases and expects the trend to continue as the public adheres to the preventive protocols.

Dr Kuma-Aboagye who was speaking at a media briefing in Accra said the national coronavirus positivity rate depended on the testing strategy adopted by the GHS which targets persons who show symptoms of the virus and people they have come into contact with.

The confirmed 782 new cases were recorded from 58 districts in seven Regions, the remaining nine Regions did not report any new positives cases in the last few days.

Ghana has since the outbreak of the COVID-19 in March this year recorded 30,631 recoveries with a cumulative total of 34,406 cases as the viral case fatality of 0.54 per cent.

The nation has so far conducted 382,752 tests, bring the national test positivity rate to 8.99 per cent.