The raging COVID-19 pandemic shows no sign of abating as confirmed cases worldwide have exceeded 90 million and a new variant genome has been detected in Japan.

Countries with more than 2 million cases also include Russia, Britain, France, Turkey, Italy and Spain, while other countries with over 50,000 deaths include India, Mexico, Britain, Italy, France, Russia, Iran and Spain, according to the CSSE tally.

Japan’s health ministry said on Sunday that four passengers who arrived at Tokyo’s Haneda airport from Brazil earlier this month had been infected with a new variant of COVID-19.

The ministry said the four people, who arrived at Haneda airport on Jan. 2 from Amazonas, Brazil, tested positive after the airport quarantine.

Among them, a man in his 40s had been hospitalized due to breathing difficulty and a woman in her 30s had symptoms of throat pain and headaches, said the ministry. A male teenager had developed a fever while a female teenager had shown no symptoms.

As of Sunday, France confirmed 47 cases of the new COVID-19 variant detected in Britain after seven people were diagnosed with the mutated virus in Marseille, the country’s second largest city, local authorities said.

Also on Sunday, Iran’s Minister of Health and Medical Education Saeed Namaki confirmed four people infected with the new variant of the virus have been detected and placed under quarantine.The new variants have also been spreading to India, Pakistan, New Zealand and Vietnam, among other nations.

To contain the spread of COVID-19, various countries are launching their immunization programs.

Iran will start vaccinating those vulnerable against COVID-19 in the next two months, said Alireza Raisi, spokesman for the Iranian National Headquarters for Combating the Coronavirus.Around 1.3 million people, including health staff and elderly people in nursing homes, will be inoculated at the first stage of the plan, Raisi added.

Israel has started vaccination for all teachers and other educational workers, the Ministry of Education said Sunday.In the first phase, vaccination will go to the teachers who work as usual during the ongoing full lockdown in the country. Jordan will start a nationwide immunization campaign from Jan. 13, Health Minister Nathir Obeidat said Sunday. 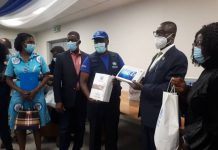 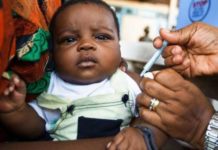 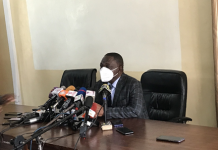