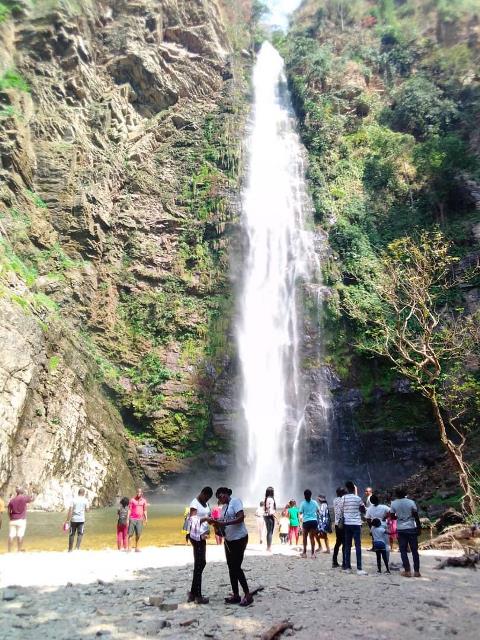 Last year ended on a historic note for tourism in Ghana. The sector, which is the fourth highest foreign exchange earner for the country after Cocoa, Gold as well as Oil and Gas raked in $1.9billion through programmes associated with the “Year of Return”.

The initiative, which increased arrivals in the country by more than 200,000, is to welcome all people of African descent and more to the West African Country, after 400 years of the arrival of the first enslaved Africans in Jamestown, Virginia.

Central Region, a tourism destination of choice, is the ‘heartbeat’ of Ghana’s tourism which hosts major landmarks of the slave trade including the Cape Coast and Elmina Castles, many Forts such as Fort San Diego at Elmina, the Assin Manso Slave Market, as well as the Kakum National Park among others.

However, the unprecedented global travel restrictions and stay-at-home orders since the outbreak of the Novel Coronavirus (COVID-19) in March this year, have virtually ceased tourism activities in most part of the world, piercing the heartbeat of Ghana’s tourism, hard.

Impact on tourists and attraction sites

The Ghana Heritage Conservation Trust (GHCT), managers of the Kakum National Park in an interview with the GNA, disclosed that the facility has within the space of four months lost in excess of GH¢400,000.00 in revenue due to the COVID-19 outbreak which culminated in its closure.

According to Mr. Michael Amonoo, the Marketing Officer for the GHCT, the situation has affected the organisation’s liquidity and rising cost of maintenance over the period.

Mr Amonoo said the COVID-19 situation compelled the GHCT to cancel all of its scheduled visits largely by foreigners which was the main source of revenue for the facility.

“Except the labourers and security guards manning the forest reserve and the facility, all other employees are at home,” he said.

This situation is virtually the same at the Cape Coast and Elmina castles as the two facilities have been closed since March.

“End of 2019 was very favorable after the “Year of Return”. We were looking forward to the “Beyond the Return initiative” but 2020 has given us an unforgettable experience, says Mr Ben Kweku Idun, Chairman of the Ghana Hotels Association, Central Region.

Mr Idun who is Managing Director of Elmina Bay Resort expressed regret about how this year’s Easter Festivities which usually is their “cocoa season” compared to Christmas, was celebrated indoors due to the pandemic, making the sector to record huge loses.

“We first became aware of the COVID-19 and started feeling the impact in March. It came to us as a complete shock. January and February was okay, we were seeing visitors then suddenly, we started hearing cancellations from Europe, America and other parts of the World that are our largest clients,” says Mr Idun.

Eventually, he said, the hotels had to stop operations by March ending as the COVID-19 cases rose and it became very challenging paying utilities and salaries.

“Realistically, 2020 does not seem to be the year we anticipated to be slow, having had a successful year of return in 2019. Now there are no visitors to visit our hotels, borders are closed, yet taxes and levies are high,” he lamented.

The state of the hotel sector as narrated by Mr Benjamin Aidoo, Chief Executive Officer (CEO) of Nokans Hotel in Cape Coast was not different as he shared similar predicament which had compelled him to lay off almost half of his staff.

He said the few staff members left at the hotel have been trained to ensure strict compliance to all safety protocols to stem the COVID-19 pandemic as they adjust with the new way of life.

He also complains of business being slow since re-opening in July, as on the average, the hotel could only do ten percent of rooms available instead of about 40 to 50 percent.

He agrees that more education was needed to get people to understand that the hotel rooms were safe.

For Mr Micheal Orleans, Executive Director of Torchlight Tours, a Tour Operating Company based in Cape Coast, the COVID-19 pandemic has had a grave impact on his business.

He says the company had to stop operating because there was virtually no business to be done when borders were closed and tourists were not coming into the Country.

Mr Orleans added that “the services of tour guides may not be too much needed in the domestic tourism. So until the borders are open, we remain close because of our focus and nature of business”.

“It has been very difficult depending on one’s little savings. We cannot pay our workers. Our office has closed since March and we still remain closed,” he said.

Mr Orleans and many others in the tour operating industry were struggling to foot utility bills as well as to pay the full salaries for his five full-time and over 22 part-time staff.

In July, the Central Regional Development Commission (CEDECOM) realised the huge losses in the hospitality industry and made efforts to assist hotels in the Region to disinfect their facilities to re-open their businesses.

“Considering the COVID-19 pandemic and the measures government has put in place, tourism and the hospitality industry has been the most affected,” Mrs Dorcas Lomotey, Senior Project Officer of CEDECOM, explained.

According to her, though the hotels have been asked to re-open, they were not in the position to pay for the cost of disinfection exercise which was crucial for their re-opening.

“So CEDECOM thought it wise to offer some help to hotels, tourists’ attraction sites, pubs and restaurants since they have not been in business for a while”.

The move was to get them abreast of the industry-specific COVID-19 preventive protocols in preparation for the re-opening of businesses after the easing of the COVID-19 restrictions by the Government.

These initiatives, Mr Idun reckons were very useful in getting them back to business as they did not have a collective guidelines for their operations but insisted business had been slow since their resumption.

Mr Kwame Gyasi, Regional Manager of the GTA, said the revenue of the Authority had been greatly affected as the hotels and other industry players were unable to pay their taxes and levies.

“These are really hard times for the tourism industry. I can tell you on authority that some of the hotels have not been able to renew their licenses,” he lamented.

To stay in business, Mr Idun advised his colleagues in the industry to take the opportunity to clean their facilities and make them look very attractive.

“What we as hotels and tourism industry players need is a package to help maintain our facilities. We need to make our attraction sites more attractive because tourists need something more than what we have at the moment,” he said.

Mr Idun also wants government to do something about the poor road networks across the country.

“People will definitely want to find somewhere to go after COVID-19 because they have stayed at home for long. We have to right our wrongs in this period. We have to make sure we maintain our facilities to attract more clients.”

Mr Orleans on the other hand, wants government to open the borders especially the airport as other countries have done.

He says government needs to find a way to conduct rapid test at the airport to validate one’s status as the fourteen days quarantine period would not be favorable to foreign tourists who sometimes spend few days.

“Often when people arrive in the country, they will be quarantined for two weeks. This is very difficult for the tourism industry because most of these tourists have days to spend on holidays. If it continue like this, they will not be encouraged to come,” he lamented.

Mr Orleans looks forward to receiving his stimulus package and moving to office as with anticipation that things would become normal in the shortest possible time.

But until then, he would have to continue to remain out of business so far as COVID-19 is around.

Mr Idun for his part, believes Ghana’s development hinges on tourism. He says tourism was the most effective way to grow emerging economies and bring them to the path of development.

Therefore, he wants the Government to be very serious and invest in the tourism industry for the country to reap its maximum benefits.

The World Tourism Organisation and other experts

According to the United Nations Specialized Agency for Tourism, the fall could translate into a decline in international tourism receipts (exports) of between US$300-450 billion, almost one third of the US$ 1.5 trillion generated in 2019.

Some industry players including Professor Ishmael Mensah, an Associate Professor at the Department of Hospitality and Tourism Management of the University of Cape Coast (UCC), has predicted that Ghana’s sector would take between two to three years to fully recover from the effect of the COVID-19 pandemic.

Despite the gloomy state of affairs, the Minister of Tourism, Culture and Creative Arts, Mrs Barbara Oteng Gyasi is optimistic saying; “there is hope for the future”.

According to her, the Ministry is re-strategising to ensure the sector bounces back with full force when more of the restrictions are eased.

The Ministry has in the interim launched a nine-million Cedis Ghana Development Project Grant Scheme to cushion over 1000 industry players in the Tourism sector. 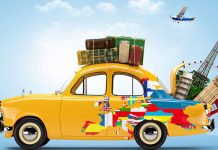