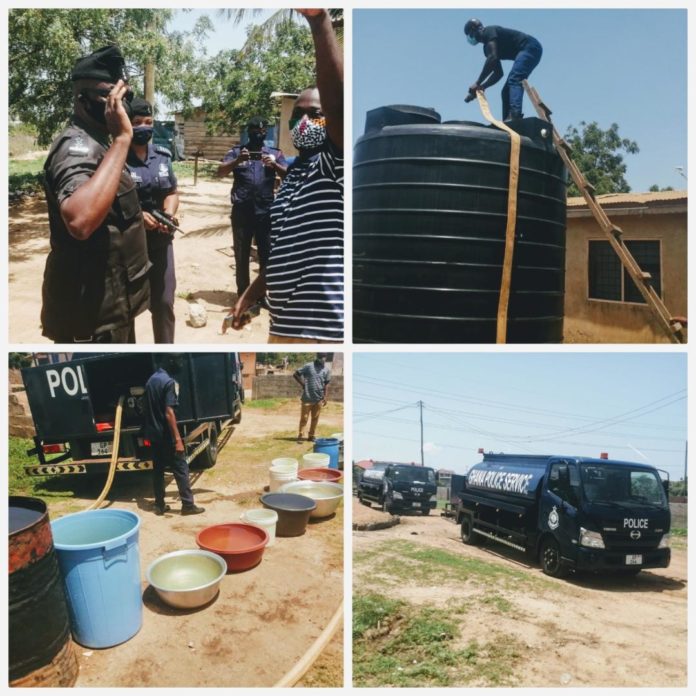 Personnel from the Ghana Police Service have supplied water to residents of Zion City, a community in the Kpone Katamanso municipality of the Greater Accra Region.

Speaking to the Ghana News Agency, Deputy Superintendent of Police (DSP) Peter Okyere, Assistant Officer in charge of the transport Unit of the Ghana Police Service, said the Police were helping to bring some comfort to the people.

He said the Police would enforce the various directives issued by the president of the republic of Ghana and also seek the welfare of the population.

According to him, over 20 communities had benefited from the service’s free supply of water since the President assured the citizens free water and electricity for a period of three months to cushion the residents during the outbreak of the Corona virus pandemic.

DSP Okyere stated that, the Police had put in place stringent measures to ensure that the supplied water was not sold to other residents,
saying the police would prosecute offenders.

The Officer informed that, the police would continue to protect the citizens and asked residents to have absolute confidence in the Police.

Mr. Richard Tsatsu, Assembly member for the area, thanked the Police for their timely intervention.