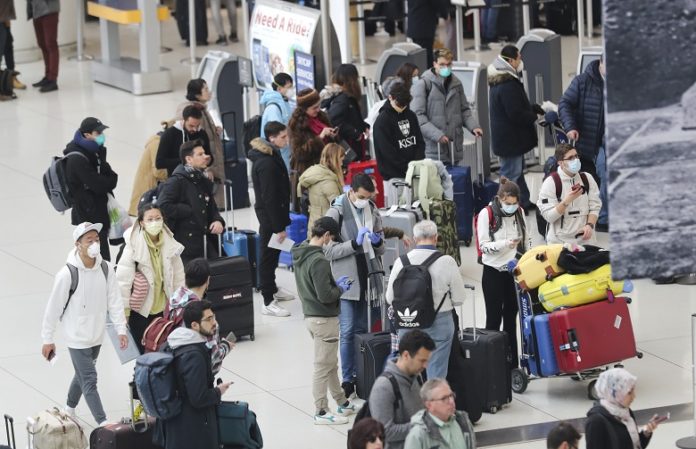 The world is now in a battle against COVID-19, a disease caused by a previously unknown coronavirus that has spread to over 200 countries and regions.

The following are the updates on the contagious illness.

TORONTO — Canadian Prime Minister Justin Trudeau’s wife said on social media Sunday that she has received clearance from her doctor after having tested positive for COVID-19 earlier this month.

“I am feeling so much better,” said Sophie Gregoire Trudeau in a Facebook post, calling on everyone to listen and follow the health protocols and stay at home for the time being.

The city of Qufu in east China’s Shandong Province, also known as the hometown of Confucius, opened its signature tourist attractions including the Cemetery of Confucius, the Confucius Temple and the Kong family mansion.

NEW DELHI — The death toll due to COVID-19 in India Sunday rose to 25 as the number of confirmed cases in the country increased to 979, the federal health ministry said.

“Death toll related to novel coronavirus has reached 25,” reads the information released by the ministry at 10:00 a.m. (local time).

SINGAPORE — Singapore’s Ministry of Health (MOH) announced Sunday that a patient has passed away from complications due to COVID-19 infection Sunday, bringing the total deaths relating to the coronavirus in the city state to three.

The third death involves a 70 year-old male Singapore citizen who had a history of hypertension and hyperlipidaemia with no recent travel history to affected countries and regions.

WASHINGTON — U.S. President Donald Trump said Saturday he asked the U.S. Centers for Disease Control and Prevention (CDC) to issue travel advisory for the states of New York, New Jersey and Connecticut, scaling back from an earlier suggestion to impose quarantine on those areas.

“A quarantine will not be necessary,” Trump tweeted.

VIENTIANE — A team of Chinese medical experts, along with medical materials, arrived in Lao capital Vientiane by a chartered plane Sunday morning to assist Laos to fight COVID-19 pandemic.

YANGON — Myanmar’s Foreign Affairs Ministry announced temporary suspension of all types of visas for foreign nationals from all countries with effect from March 29 till April 30 as part of measures to control the risks of COVID-19 spread on Sunday.

The announcement included the suspension of the issuance of all types of visas (including social visit visa) to all foreign nationals, except diplomats accredited to Myanmar, United Nations officials resident in Myanmar and crew of ships and aircraft operating to and from Myanmar.

NEW YORK — Three officers of the New York Police Department (NYPD) have lost their lives due to COVID-19 or its related complications, NYPD Commissioner Dermot Shea said on Saturday, as the White House is considering to quarantine the hardest-hit city in the country.

“We’ve lost three members of our family in a little over 48 hours,” he said while expressing condolences to the officers’ families at a press briefing.

As of Saturday night, the country has reported 1,187 cases, an increase of 17 in the last 24 hours, the minister said, adding 13 of the new patients are 13 health workers.

– – – –
WELLINGTON — A woman in her 70s was confirmed the first death case of COVID-19 in New Zealand, announced New Zealand government Sunday afternoon.

BEIJING — Chinese health authority said Sunday it received reports of 45 new confirmed COVID-19 cases on the Chinese mainland on Saturday, of which 44 were imported.

WASHINGTON — The United States has reported more than 2,000 COVID-19 deaths, according to the latest tally from Johns Hopkins University’s Center for Systems Science and Engineering (CSSE).

New York state’s cases have topped 52,000, followed by states of New Jersey and California, with 11,124 and 5,065 cases respectively, according to the update.

BRUSSELS — The COVID-19 pandemic continued to overrun Europe, with the death toll in Italy and the UK passing 10,000 and 1,000 marks, respectively, on Saturday.

According to data from the World Health Organization (WHO), as of Saturday, the pandemic has hit 201 countries and regions with 571,678 confirmed cases, of which 324,761 cases, or 56.8 percent, were recorded in Europe. Enditem