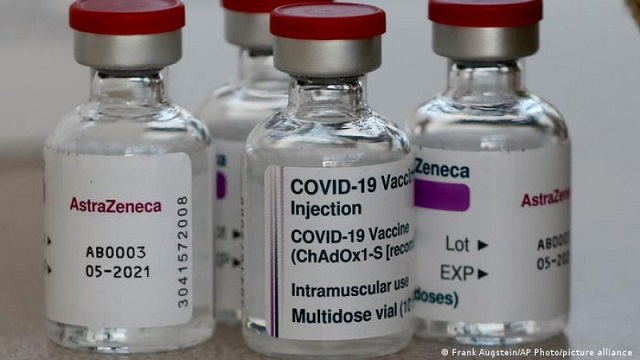 Some nurses in various health facilities in the Upper East Region have expressed mixed feelings about the COVID-19 vaccines scheduled to be rolled out in the country.

The vaccines were produced by the Serum Institute of India and imported into the country through a UN-backed global vaccine-sharing scheme.

Ghana, one of the low and middle income countries, received its share of the consignment, which consisted 600,000 doses of the AstraZeneca/Oxford vaccines, expected to be administered first to frontline health professionals, and high-risk persons and people over 60 years, to curtail the spread of the virus.

Mr Prosper Anafo, a nurse at the Bawku West District Hospital at Zebilla, said “I am ready for a jab, what members of the public must understand is that the vaccines will not just be introduced without going through all the necessary trials.

“The World Health Organisation (WHO) will not give vaccines that will be dangerous to the human system, so I am ready when it comes, I will go for it,” he said.

Mrs Mavis Donkor, a Staff Nurse at the Fumbisi Health Centre in the Builsa South District, said the vaccines would be very helpful to nurses and midwives who were frontline care providers in the fight against the virus.

Asked if she would be courageous and comfortable enough to go for the vaccine without any fears, Mrs Donkor said “I know these vaccines were just not introduced into the system without due diligence. Authorities have investigated properly into it, so I am not in any fear”.

Mr Stephen Atindana Abane, a Paediatric Nurse at Tongo, told the Ghana News Agency (GNA) that nurses had been discussing the issue of the vaccines but the leaders in the country would have to receive them first in order to convince the general public.

He said there was no need for members of the public to entertain fears about the vaccines, “I will personally take it, but those who want to wait are also right because of the negative videos about the vaccines circulating on social media”.

Even though most nurses the GNA interviewed across the Region said they would willingly take the vaccines when given the opportunity, some were sceptical about it.

For instance, Madam Felicia Issah, also a Paediatric Nurse at the Regional Hospital in Bolgatanga, said “I will not be comfortable to take it, there are so many negative stories about it in the media so until I see someone receive the vaccine without any complaints or complications, I will not go for it”.

She said even though it was not possible for the WHO to accept vaccines that were not tested and approved into the system, there seemed to be many issues surrounding it, “that is what is making me doubt, I will personally not go for it until my doubts are cleared,” she said.

Another nurse, Mr Enoch Anyimadu at the same Hospital, said “From what I am hearing, the vaccine doesn’t really prevent you from contracting the virus, if that is true, then why should I go for it.

“As for me, I am not going for it, It is better I continue with my safety precautions,” Mr Anyimadu emphasized.