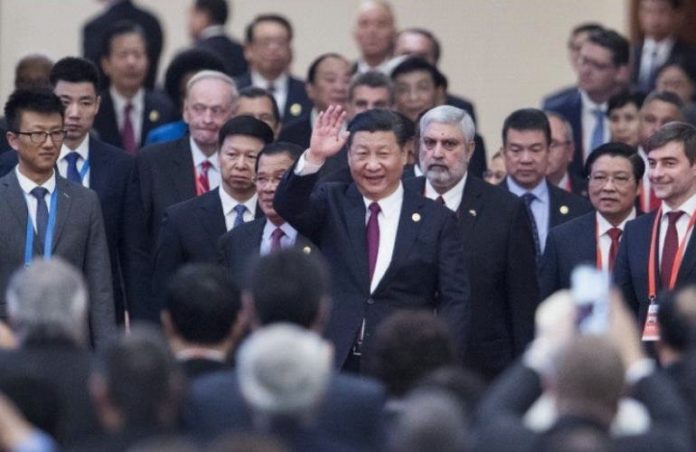 The dialogue between the CPC and other global political parties will be held in Beijing from Nov. 30 to Dec. 3.

It will be the first high-level dialogue between the CPC and the world’s parties. It will also be the first meeting for leaders of political parties across the globe with the largest number of attendees. The dialogue is of great significance for both the CPC and other parties.

As the largest party in the world with 89 million members and having to govern a big country with a population of 1.3 billion, every step the CPC takes and every journey it embarks on is a model for other political parties to follow closely and study carefully.

The dialogue will open a window for the CPC’s foreign counterparts to deeply understand the spirit of the Party’s 19th National Congress and the concept of socialism with Chinese characteristics for a new era proposed by President Xi.

Modern history has proven that when the world has lost its direction in development, responsible political parties would always stand out to act and set a course for the future

China champions the development of a community with a shared future for mankind, and follows the principle of achieving shared growth through discussions and collaboration in global governance, the 19th National Congress report proposed.

As the world faces growing uncertainties and destabilizing factors, and people face many common challenges, the report is especially valuable as it offers rational plans to resolve conflicts of interests and value divergence, as well as builds a brighter tomorrow.

Under the theme of “Working Together Towards a Community with a Shared Future for Humanity and a Better World: Responsibilities of Political Parties,” the CPC will discuss major global issues and share responsibilities with leaders of foreign parties.

Through open communication and the pooling of different ideas, the world political parties will gain more acceptance and impetus to promote the building of the community of a shared future for mankind.

The 19th National Congress report clearly points out that the CPC strives for both the wellbeing of the Chinese people and human progress.

To date, the CPC has maintained regular exchanges with over 400 political parties and organizations in more than 160 countries. A new framework between political parties has now been established to promote discussions and exchanges on an equal basis.

The dialogue between the CPC and other political parties shows that China is willing to share its experience of governance of the Party and the country with other countries, and it is sincere and resolved to let the world understand Chinese civilization and learn from other cultures.

The meeting is also expected to promote political parties to reach a greater consensus on major and strategic issues, such as the future of humanity, and make greater contributions to the co-construction of a brighter world.