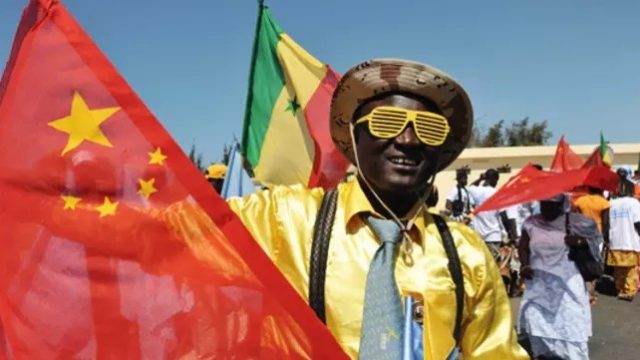 The CPC under the leadership of Comrade Mao Zedong founded the People’s Republic of China in 1949, a mission considered the most difficult in modern history of China. Based on the accomplishment, fundamental political institutions were established in the following 30 years.

After China came to a new era of reform and opening up, Comrade Deng Xiaoping put forward the concept of the socialist market economy, an important part of Deng Xiaoping Theory.

In 1987, the 13th CPC National Congress put forward the basic line of the Party for the primary stage of socialism. In 1992, Deng further emphasized that the basic line will be unswervingly adhered to for the next 100 years during his southern China tour.

Now China, grounded on new judgment, has entered a new era with new missions. The new era is not just a word but a fundamental judgment based on the fact that China’s economic and social development has reached a certain level but is still inadequate and imbalanced.

“As socialism with Chinese characteristics has entered a new era, the principal contradiction facing Chinese society has evolved,” Chinese President Xi Jinping said in the report delivered to the 19th National Congress of the CPC.

“What we now face is the contradiction between unbalanced and inadequate development and the people’s ever-growing needs for a better life,” said the report, but it stressed that the evolution of the principal contradiction facing Chinese society does not change the assessment of the present stage of socialism in China.

“The basic dimension of the Chinese context – that our country is still and will long remain in the primary stage of socialism – has not changed,” Xi said, adding that China’s international status as the world’s largest developing country has not changed.

Though applauded by the international community for its tremendous development, China is aware of the era it is in and the domestic and international environments it confronts.

Achieving socialism will take more than drum beating and gong clanging. The CPC’s leadership has a clear mind that enables it to face challenges and look forward to the future based on a full evaluation of its accomplishments. The CPC leadership is also capable of making accurate reflections and judgments on the challenges it encounters.

Xi set a blueprint for the country in the report, that the period between the 19th and 20th National Congress is the period in which the timeframes of the two centenary goals converge.

“In this period, not only must China finish building a moderately prosperous society in all aspects and achieve the first centenary goal; it must also build on this achievement to embark on a new journey toward the second centenary goal of fully building a modern socialist country,” the report read.

The blueprint is based on the fundamental judgment. Economically, China has entered the decisive stage in building a moderately prosperous society in all respects. The focus of policy discussion in these years has shifted to how to avoid middle-income gap and elevate the country to a high-income economy, or a wealthy society.

China’s per capita GDP has surpassed $8,000, and that number is expected to reach $12,000 by 2020, according to the 13th Five-Year Plan, a roadmap set for China’s social and economic development.

More importantly, when the country has seen the basic needs of over a billion people met and has basically made it possible for people to live decent lives, other needs, such as people’s demands for a better environment, social fairness and justice have grown as well.

The new judgment the CPC made in the new era not only charts a course for the development of China, but also provides a new choice for those countries and nations that hope to both accelerate development and maintain independence.

(The author is director of the East Asian Institute of the National University of Singapore.)