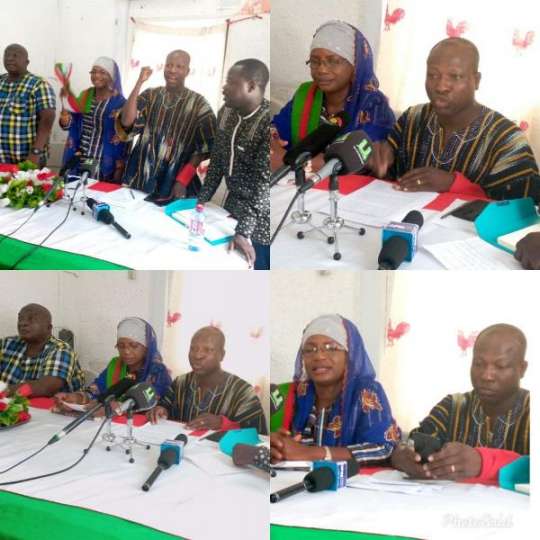 The Convention Peoples Party (CPP) on Wednesday condemned Election 2020 prophetic declarations put out in the public discourse because not all Ghanaians believe in them.

“To attempt to foist what one believes to be the revelation of the yet to be held elections is a complete abuse of the right to religious exercise and function. It appears that there have arose enterprises in the form of prophesying as a business or agenda setting.

“In the process, expectations are raised beyond reasonable ends. We call on the citizenry to be wary of cowards who hide their party colours behind the veils of religious prophesies to advance their parochial party agenda,” the CPP stated at a media engagement to mark the 70th anniversary celebration of Positive Action Day.

Mr James Kwabena Bomfeh Junior, CPP Acting Secretary-General who read the statement on behalf of the party said “Elections are an expression of the free will of the people through the ballot. The expression of this will is individual and personal.

“As much as we are at liberty to exercise our individual rights to faith, we should not and cannot in the exercise of that right plunge the nation into chaos through unmeasured flaming of expectations”.

Mr Bomfeh explained that elections are both a process and product. “If the process is wrong, the product cannot be right. The conduct and management of elections include more than the Election Management Body”.

He said “the citizenry, the active participants in the electoral process are key stakeholders who cannot be left out. Therefore how their expectations are micro managed is of key importance”.

On the celebration of the National Constitution Day, Mr Bomfeh bemoaned that the 1992 Constitution, has been celebrated at the expense of the Republic Day.

He said the 1992 Constitution despite being the longest survived contsitution is fraught with many fundamental paradoxes which make any effective function a mirage.

“Indeed, the Constitutional Review Commission was apt in their suggestion that we must evolve it from a Political to Developmental Constitution. The Fourth Republican Constitution is the most tolerated Constitution since our nation gained independence in 1957.

“This tolerance, so admirably displayed by Ghanaians should not be confused with thinking that the present Constitution is the best for the people of Ghana,” the CPP Acting Secretary-General stated.

He said collectively “we have worked towards enjoying three regime changes through the ballot box with relative peace and ease at the executive level. But they have not been without skirmishes”.

The media engagement was attended by the Hajia Hamdatu Ibrahim, CPP Acting Chairperson, Mr Bernard Mornah, Chairman of the Peoples National Convention and other Nkrumaist affiliates.